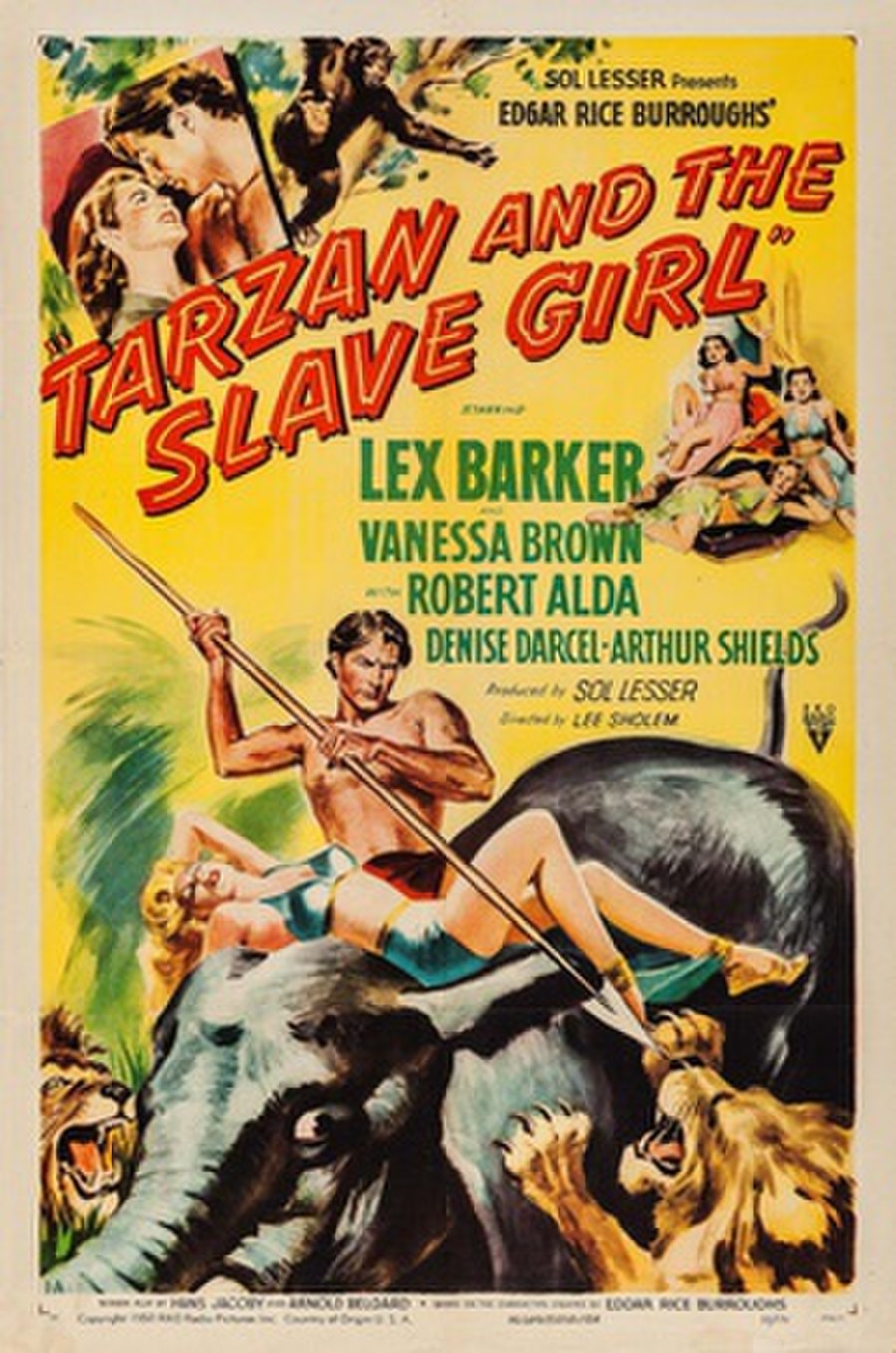 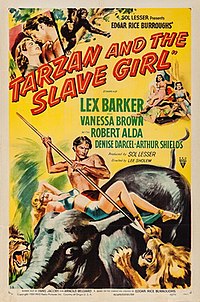 Tarzan and the Slave Girl 1950

Tarzan and the Slave Girl is a 1950 film directed by Lee Sholem and starring Lex Barker as Tarzan, Vanessa Brown as Jane, and Robert Alda as big game hunter Neil. The plot involves a lost civilization in Africa, a strange illness, and an evil counselor manipulating a prince into kidnapping large numbers of local women.

Tarzan and Jane are spending some time by a river when they hear a scream. A local tribal girl has gone missing, and the tribes people believe this is due to some evil spirit. Tarzan and Jane quickly realize the girl has been kidnapped. The kidnappers are Lionians, a "lost" culture of Caucasians who have a culture similar to ancient Egypt and who worship lions. The Lionians are kidnapping girls throughout the region to bring back to their city deep in the jungle. But they have brought a terrible disease with them which can kill within hours. Tarzan seeks the help of Dr. Campbell, who has a serum that can both cure the disease as well as vaccinate against it. After saving the local tribe, Dr. Campbell and Tarzan (with the help of Neil, a drunken big game hunter) head for the Lionian city. Meanwhile, Dr. Campbell's native assistant, the buxom and blonde Lola, has fallen for Tarzan. Jane and Lola have a catfight, after which both women are captured by a Lionian raiding party.