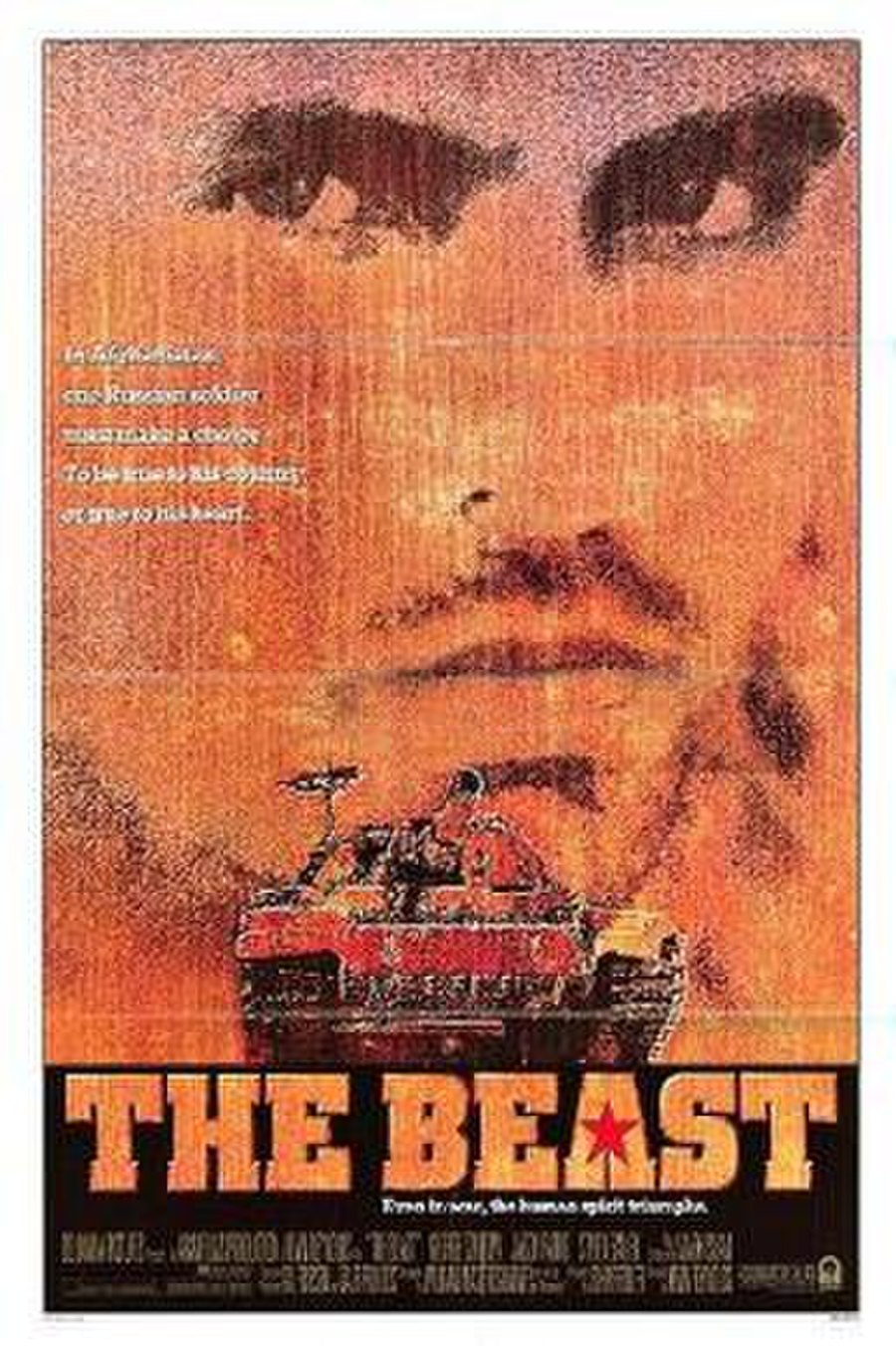 The Beast (also known as The Beast of War) is a 1988 American war film directed by Kevin Reynolds and written by William Mastrosimone, based on his play Nanawatai. The film follows the crew of a Soviet T-62 tank who became lost during the Soviet war in Afghanistan. The film has enjoyed a cult-favorite status in spite of its low box office statistics.

In 1981 Afghanistan, a Soviet tank unit attacks a Pashtun village harboring a group of mujahideen fighters. Following the assault, one of the tanks—commanded by ruthless commander Daskal—takes a wrong turn through a mountain pass and enters a blind valley. Taj returns to discover the village destroyed, and his father and brother killed—the latter by having been crushed under Daskal's tank. As the new khan following his brother's death, Taj is spurred to seek revenge and leads a band of mujahideen fighters into the valley to pursue Daskal's tank, which they call 'The Beast', counting on their captured RPG-7 anti-tank weapon to destroy it.