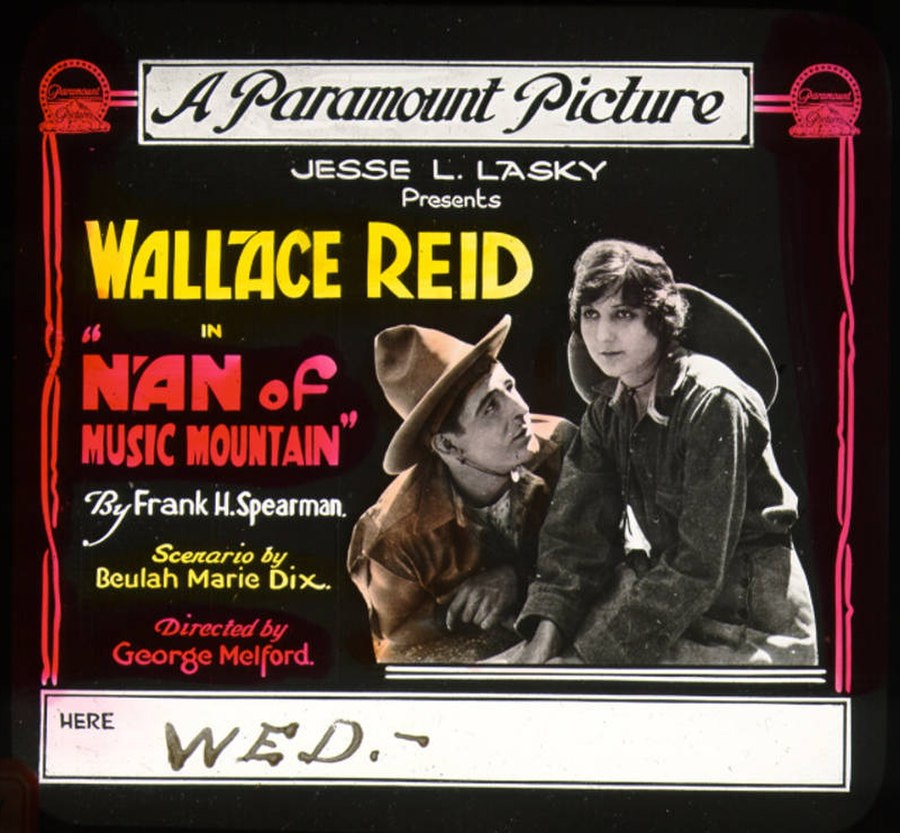 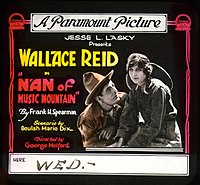 Nan of Music Mountain is a 1917 American silent drama film directed by George Melford and Cecil B. DeMille (who receives no screen credit). The film is based on Frank H. Spearman's novel of the same name and stars Wallace Reid and Anna Little.

As described in a film magazine, Henry de Spain (Reid) is determined to find the man who murdered his father. He becomes sort of an outsider with Duke Morgan's (Roberts) gang, cattlemen, and outlaws. Nan (Little), daughter of the head of the clan, secretly loves Henry and when he is wounded in a fight with the Morgan clan, she helps him escape. This angers her father and he declares that she shall marry her cousin. Nan dispatches a message to Henry for assistance and he brings her safely to his clan. Nan then learns that her father was the murder of Henry's father. She returns to her father to learn the truth and together they go to Henry and reveal the murder's name. After a thorough understanding and forgiving, Henry and Nan are married.