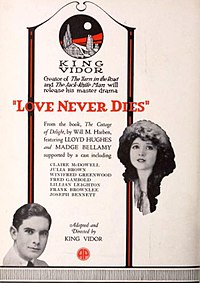 As described in a film magazine, John Trott (Hughes) overcomes the bad influence of a wretched home, becomes successful as a contracting engineer, and marries the beautiful Tilly Whaley (Bellamy). They settle down to a happy existence in their own cottage. Then a specter of his past appears, a drunken mother, and during his absence his wife is rushed home by her sanctimonious father Ezekiel Whaley (Brownlee) and is granted a divorce. John, accompanied by his foster sister, goes to a distant city. En route, the train is wrecked and he reports himself and the child killed. His wife marries a former sweetheart. Years later, John returns to the town and old love is renewed. The jealous husband attempts to kill John but is whipped in the encounter. The husband then decides to kill himself and is successful, despite John's valiant attempt to stop him. The couple are then reunited in their "cottage of delight."