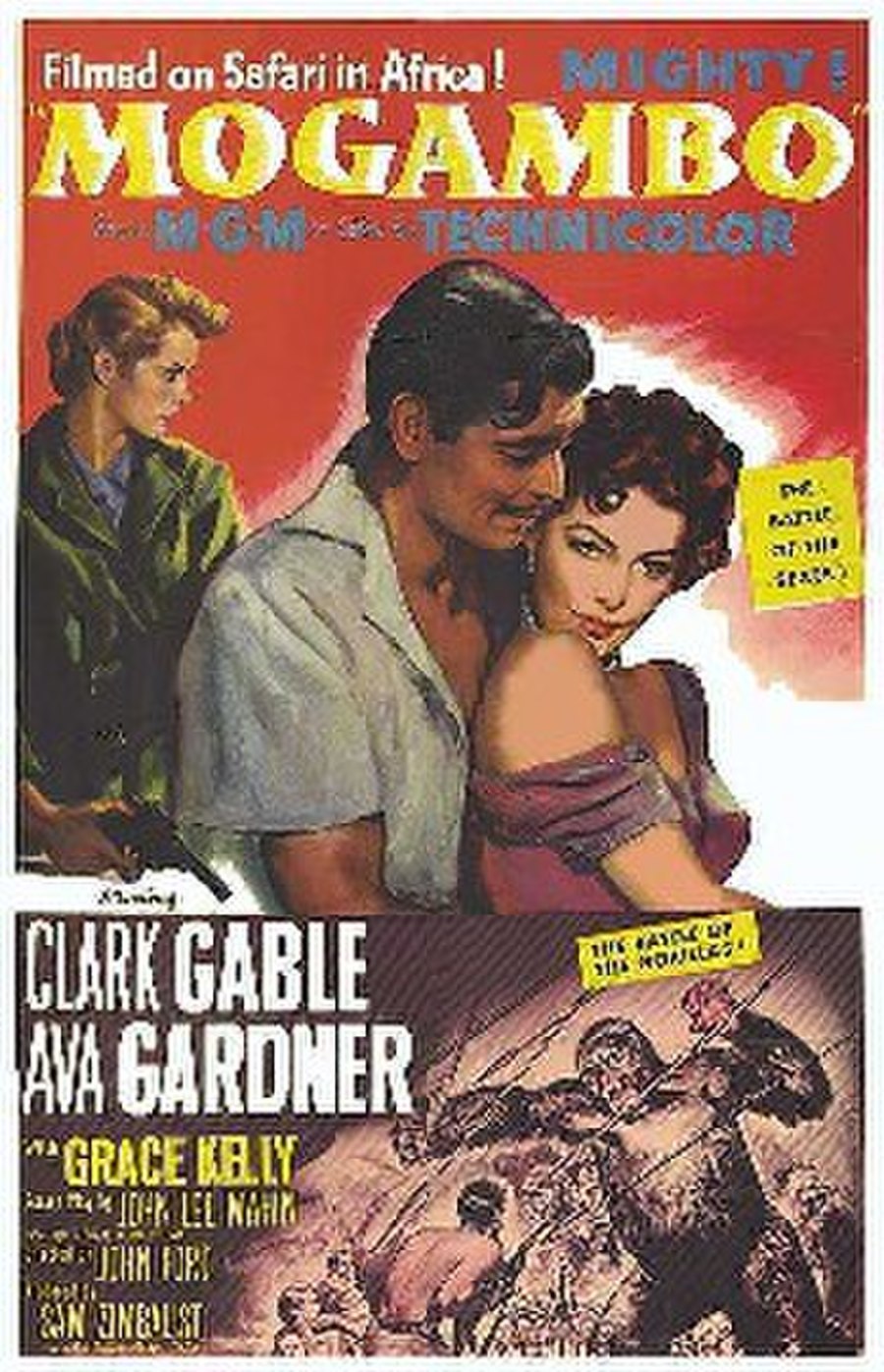 Mogambo is a 1953 Technicolor adventure/romantic drama film directed by John Ford and starring Clark Gable, Ava Gardner, and Grace Kelly, and featuring Donald Sinden. Shot on location in Equatorial Africa, with a musical soundtrack entirely of actual African tribal music recorded in the Congo, the film was adapted by John Lee Mahin from the play Red Dust by Wilson Collison. The picture is a remake of Red Dust (1932), which was set in Vietnam and also starred Gable in the same role.

Eloise "Honey Bear" Kelly (Ava Gardner) arrives at a remote African outpost, looking for a rich maharajah acquaintance, only to find he has cancelled his trip owing to unrest in his realm. While waiting for the next river boat out, she spars with hardworking big game hunter Victor Marswell (Clark Gable), who initially views her as a certain disreputable type. They later develop a mutual attraction and make love. When the river boat returns, it brings Donald Nordley (Donald Sinden) and his wife Linda (Grace Kelly). Honey Bear takes the steamer out at Marswell's urging, although she would prefer to stay with him and he expresses some regret at their parting. The Nordleys wish to go on safari to record the cries of gorillas. Marswell declines to guide them there due to the difficulties involved and insists that they be guided on the agreed route by his assistant, despite the Nordley's protests. Honey Bear rejoins the group after the steamer runs aground.