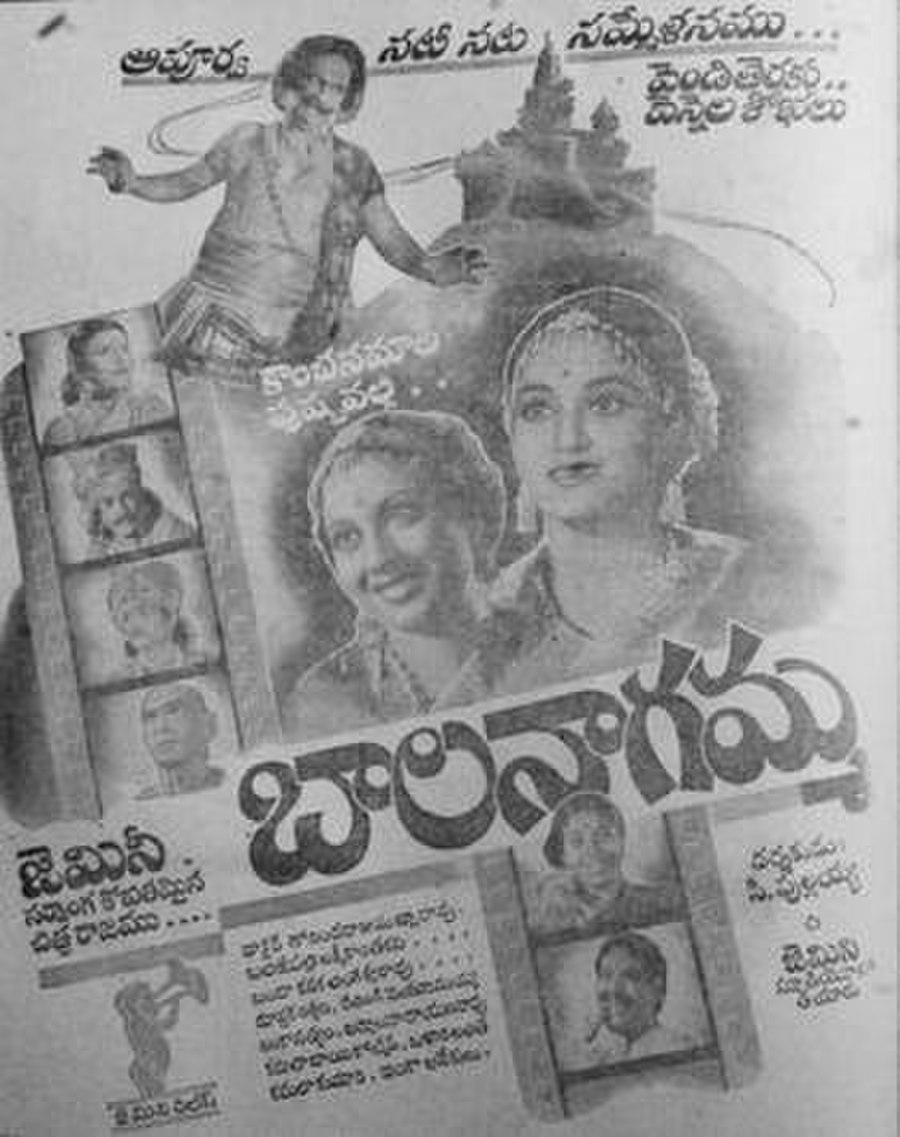 Bala Nagamma is a 1942 Telugu-language film directed by Chittajallu Pullayya and produced by S. S. Vasan. The story Bala Nagamma was one of the most popular Burrakathas. It was one of the early successful films made by Gemini Studios in Telugu and was not remade in Tamil. Gemini Studios made an adaptation of this film in Hindi starring Madhubala, called Bahut Din Huwe.. The film was later remade in 1959 with same name under the direction of Vedantam Raghavaiah.

The story is about Bala Nagamma, a young princess. The queen Bhulakshmi of King Navabhojaraju prays Jatangi Muni for progeny and is blessed with seven children; the youngest of them is named Bala Nagamma (Kanchanamala). She is married off to Karyavardi Raju (Banda). She is kidnapped by Mayala Marathi (Govindarajula Subbarao), who turns her into a dog and takes her to his cave at Nagullapudi Gattu. Once there, he tries to take advantage of her. She keeps him away by quoting some Vratam (Holy Rites) and Pujas that she is involved in. She is a prisoner in the cave for fourteen years, during which time the Fakir's mistress, Sangu (Pushpavalli), becomes jealous. In the meantime, her son Balavardi Raju grows up and discovers the truth about his mother that she is at Nagallapudi gattu under captive of Mayala Fakir. He seeks the Fakir out through flower-seller woman Tambali peddi by posing as her grandson. Then, he defeats the Fakir.