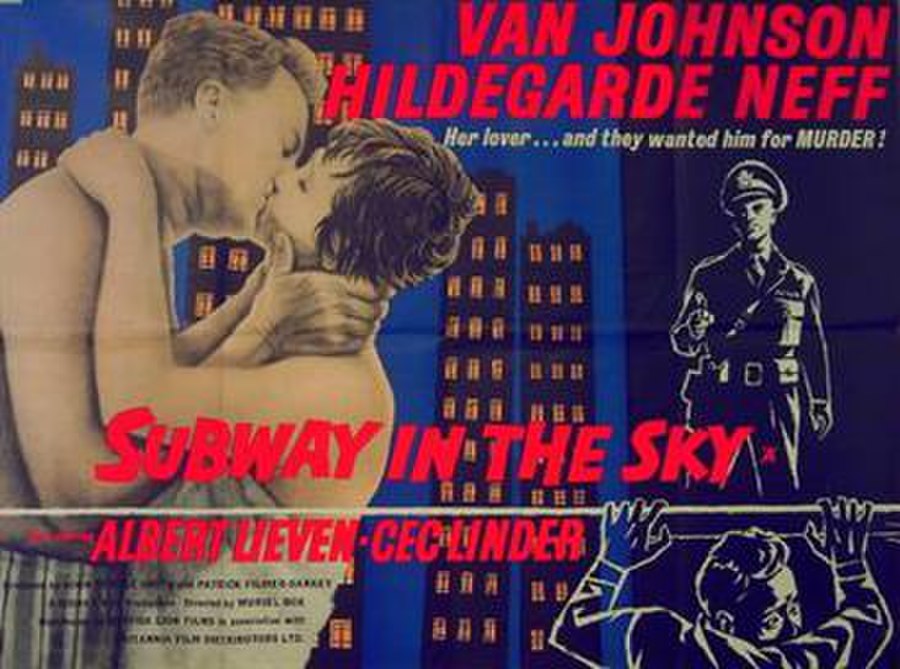 Subway in the Sky is a 1959 British crime film directed by Muriel Box and starring Van Johnson, Hildegard Knef and Albert Lieven. Hildegard Knef, who changed career in the 1960s to become a cabaret singer and songwriter, sings one song in the film, "It Isn't Love."

Baxter Grant, an American soldier in West Berlin, deserts and goes on the run when faced with false drug trafficking and murder charges. He takes shelter with cabaret singer Lilli Hoffman, who he manages to persuade to help prove his innocence.