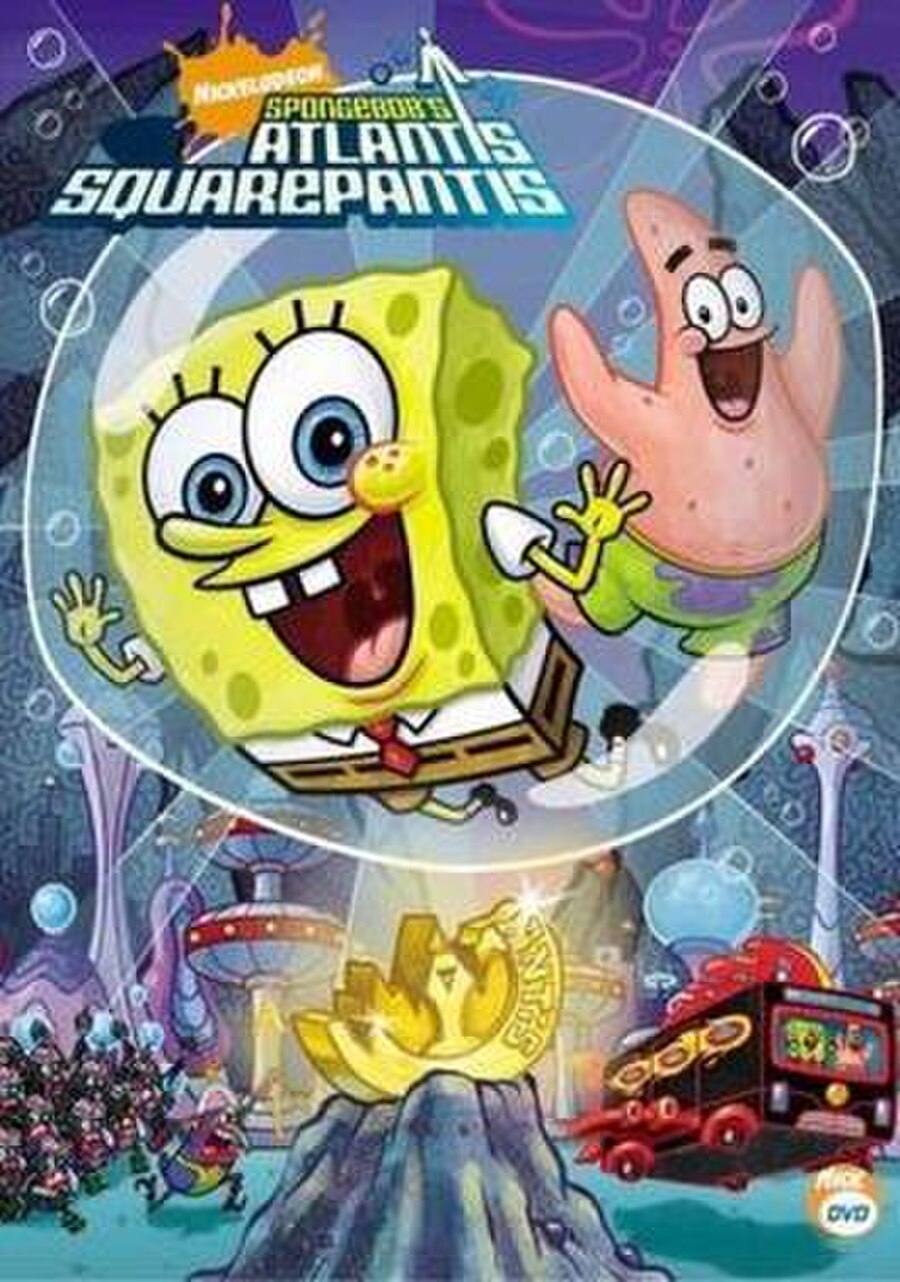 SpongeBob's Atlantis SquarePantis is the 92nd episode of the American animated television series SpongeBob SquarePants, and a 2007 made-for-television musical comedy film directed by Andrew Overtoom. It stars Tom Kenny, Bill Fagerbakke, Rodger Bumpass, Clancy Brown, Carolyn Lawrence, and Mr. Lawrence. Atlantis SquarePantis originally aired on Nickelodeon in the United States on November 12, 2007, serving as the twelfth episode of the fifth season of the American animated television series SpongeBob SquarePants. In the film, SpongeBob (voiced by Kenny) and Patrick (voiced by Fagerbakke) discover a half of an ancient medallion that helps them and their friends get to the lost city of Atlantis.

Patchy the Pirate is stuck in traffic on US 101 near Encino and gets cross that he is going to miss the new SpongeBob episode, and his super rare eight track also breaks down. His cell phone rings, and Potty tells him to hurry because the episode is about to start. Patchy tells Potty to record the episode, but Potty tells him that he threw the Betamax machine in the garbage, making him more mad. The traffic lines moves, but suddenly, he finds himself nowhere, and finds out that "Encino is gone", and then he cries that this is not the only time a Lost-City had occurred. He tells us that the episode is what we should watch instead of watching him suffer. Later, Patchy gets his eight track fixed, but not for long when it explodes again and produces smoke.