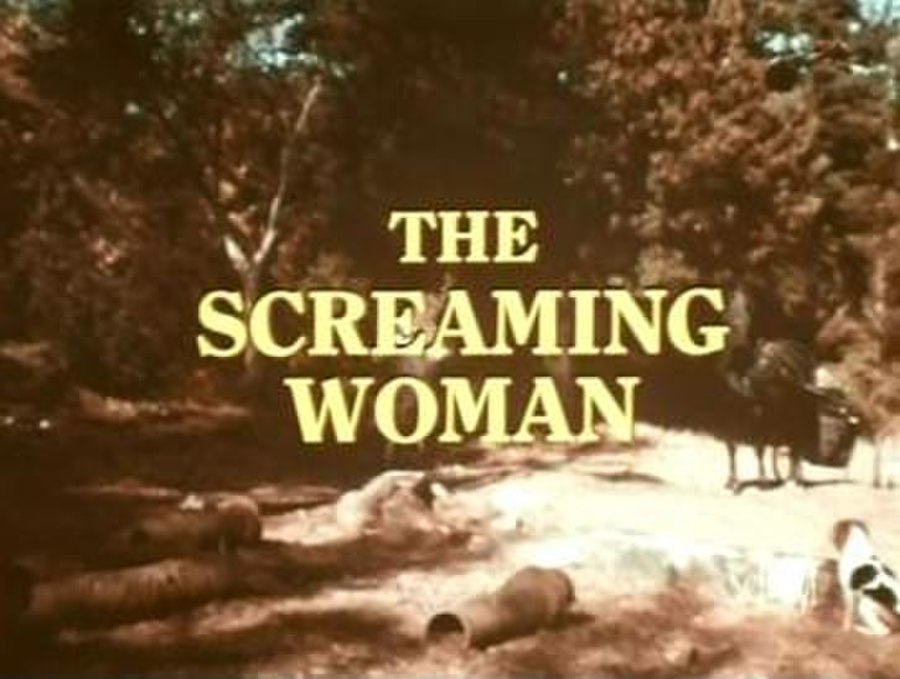 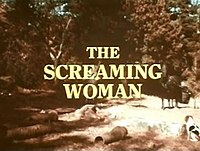 The Screaming Woman is a 1972 American made-for-television horror-thriller film starring Olivia de Havilland and directed by Jack Smight. It is loosely based on a short story by Ray Bradbury (which in turn was based on his 1948 radio play for the CBS show Suspense) with a script written by Merwin Gerard. The film was produced by Universal Television and originally aired as an ABC Movie of the Week on January 29, 1972. It features John Williams's last score (to date) for a TV movie.

De Havilland plays Laura Wynant, a wealthy former mental patient who has travelled to her country estate to recuperate. While there, she discovers, when hearing faint calls for help, that a woman has been buried alive on her property. Wynant tries to inform others of what she has found but nobody believes her, and her family begins to suspect a relapse in her mental condition. Because her hands are nearly crippled by arthritis, she is not able to dig the woman up herself. She tricks a local boy into assisting her by telling him she is digging for a lost earring, but when he is scared by the cries of the buried woman she is forced to tell him the truth, which results in a confrontation with the lad's angry father. While going door-to-door to seek help she encounters the buried woman's husband, who had buried her after striking her on the head with a shovel and thought her dead. Wynant is confined to her home under doctor's orders but, in a fit of desperation, experiences enough recovery from the arthritis to provide strength in her hands. She begins to dig up the buried woman, who is still alive. Just then the murderous husband arrives on the scene, intending to bury his wife's body thoroughly. He comes up behind Wynant and is about to strike her with the shovel when the buried woman grabs Wynant's hand and pulls herself up out of the ground. The husband is petrified, giving the authorities just enough time to arrive on the scene and save Wynant and the buried woman.