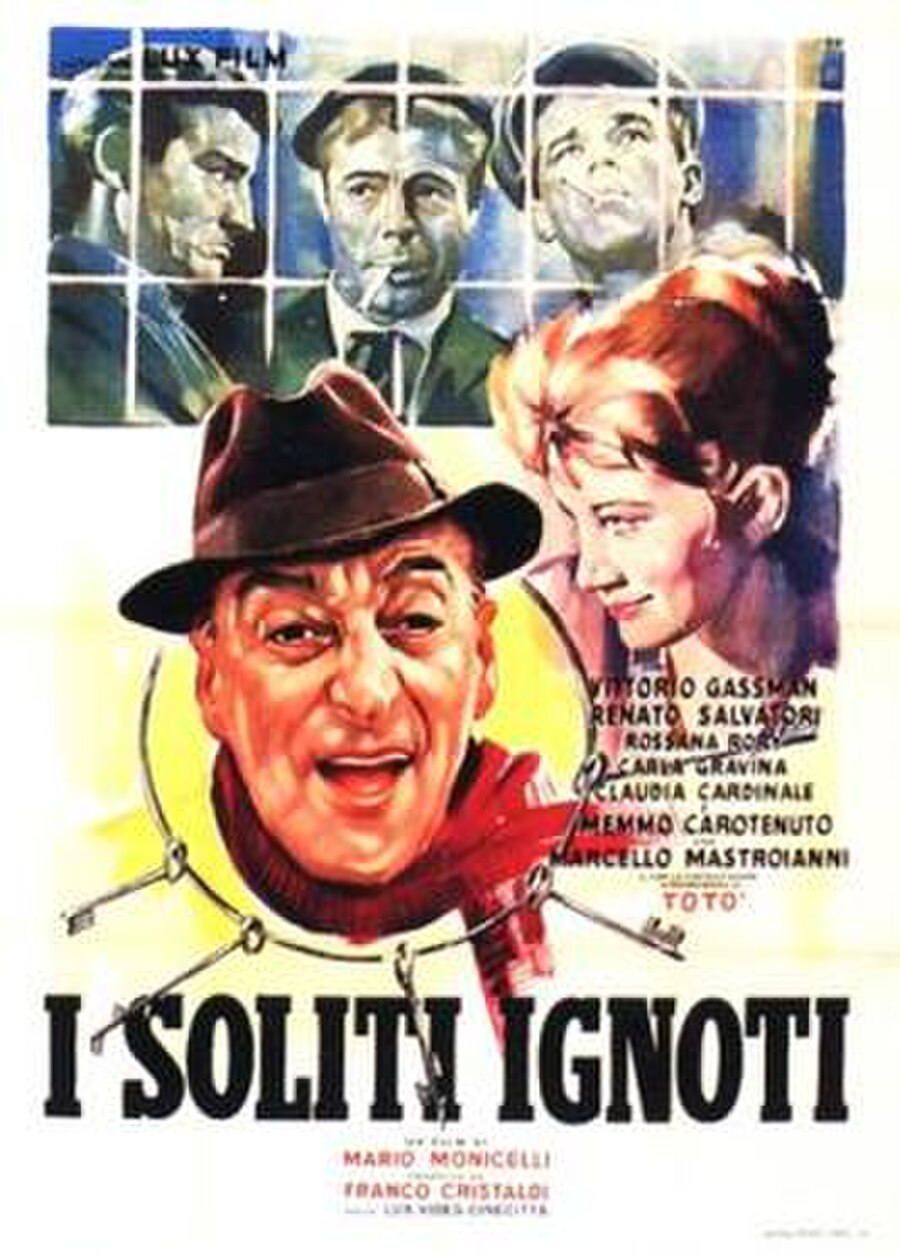 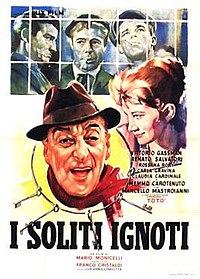 Big Deal on Madonna Street (, also released as Persons Unknown in the UK) is a 1958 Italian comedy caper film directed by Mario Monicelli and considered to be among the masterpieces of Italian cinema. Its original Italian title literally translates as “the usual unknown ones,” which is roughly equivalent to the English phrase “the usual suspects.” The name of the Roman street in the English title is a slight mistranslation, as the Italian name of the fictional Roman street on which the midnight burglary in the film takes place is the Via delle Madonne (The Street of the Madonnas) rather than “Madonna Street.” Compounding the confusion is the fact that the real Roman street on which the scene was filmed is the Via delle tre cannelle (The Street of the Three Spouts) rather than the Via delle tre Madonne (The Street of the Three Madonnas).

A hapless small-time Roman crook, Cosimo (Memmo Carotenuto), is arrested for a bungled car theft and sentenced to a few months in prison. He is desperate to be released so his gang may carry out a heist idea stolen from another inmate, a dishonest bricklayer who purposely constructed a flimsy wall between the dining room of a vacant apartment and a pawn shop safe. Ultimately, Cosimo's gang bribes a boxer named Peppe (Vittorio Gassman) with a clean criminal record to confess to his crime. The warden does not believe Peppe, however, and he ends up in jail alongside Cosimo. Peppe tells Cosimo that he has been sentenced to three long years for this minor offense and Cosimo, to justify his actions, explains the details of the pawn shop heist. Peppe then gleefully reveals that he has been given a year's probation and walks out the prison gate, infuriating Cosimo.