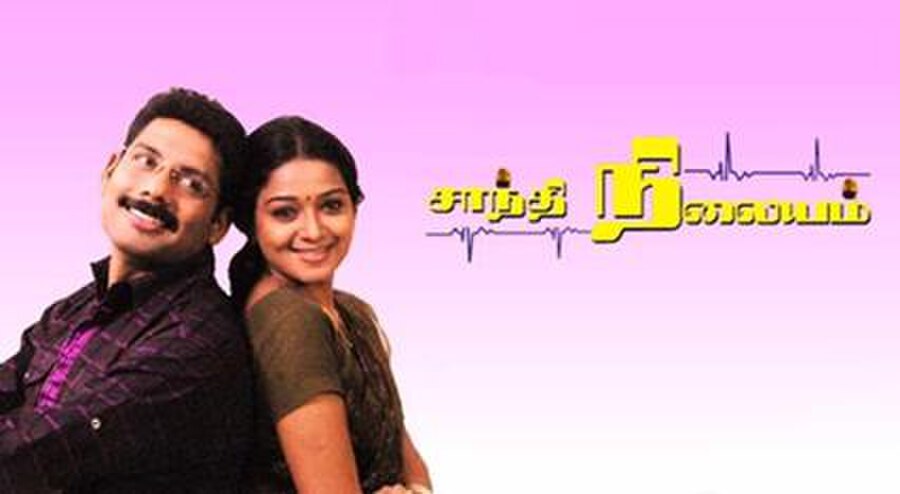 Shanthi Nilayam is a 2011-2012 Tamil medical soap opera which is producer and directed by K. Balachander and starring Rathi, Kuyili, Saakshi Siva, Sairam, Lakshmi Priyaa and Sangitha. It replaced Soundaravalli and it broadcast on Jaya TV on Monday through Thursday from 17 January 2011 to 9 May 2012 at 8:00PM (IST).