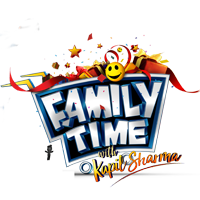 Family Time With Kapil Sharma is an Indian Hindi stand-up comedy and game show which premiered on 25 March 2018 for a total of 3 episodes. The show is broadcast on Sony TV. Neha Pendse was the co-host of this show while Kiku Sharda and Chandan Prabhakar appeared at regular intervals to crack jokes and participate in the games that are being played. Family members selected from all over India participate in the show and play games to win prizes. The show was taken off-air (first for the entire month of April, 2018, then permanently) because of cancelled filming. Kapil Sharma had said in an interview that the show will resume later after this hiatus, however that never happened.