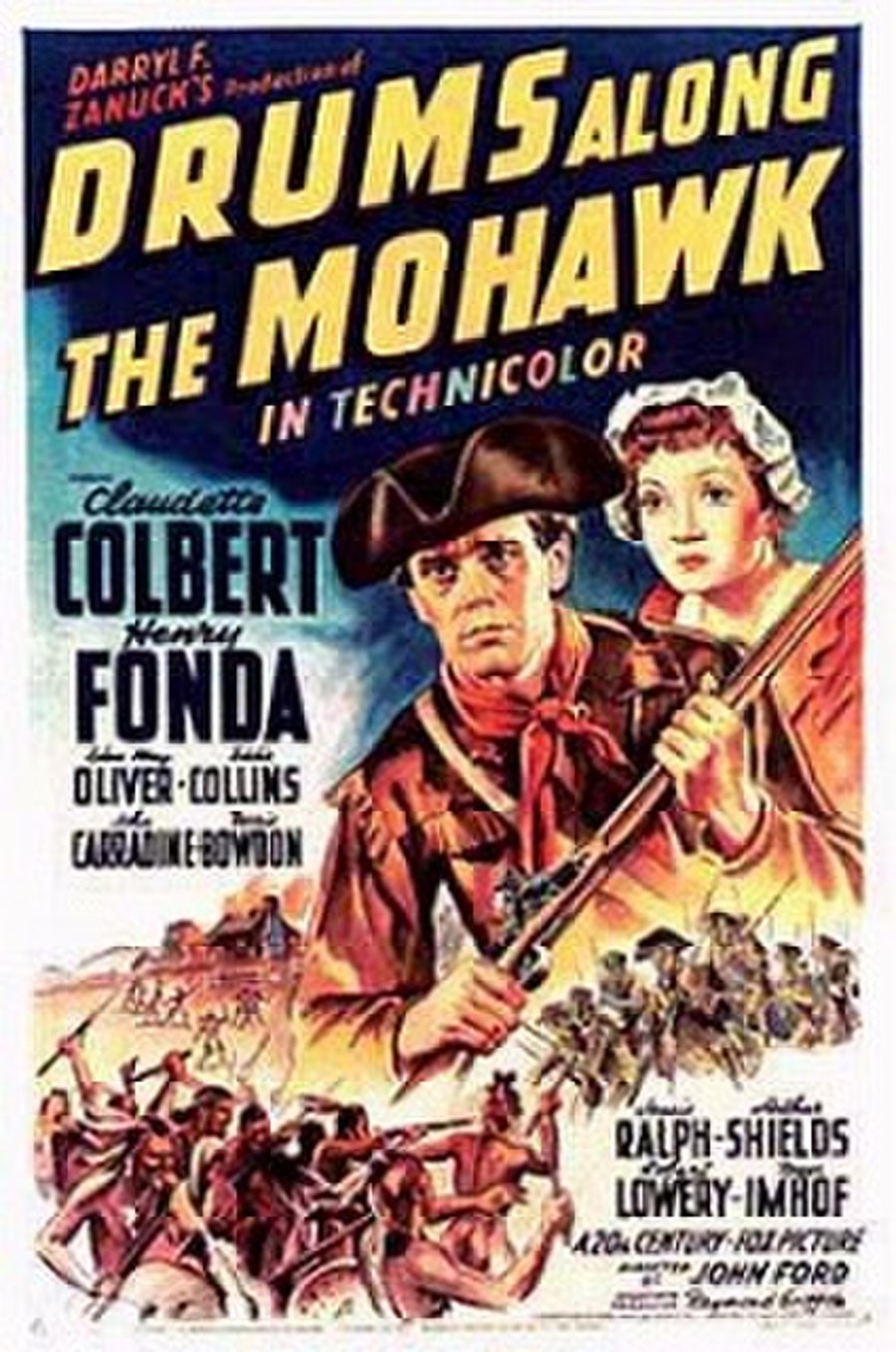 Drums Along the Mohawk 1939

Drums Along the Mohawk is a 1939 American historical drama film based upon a 1936 novel of the same name by American author Walter D. Edmonds. The film was produced by Darryl F. Zanuck and directed by John Ford. Henry Fonda and Claudette Colbert portray settlers on the New York frontier during the American Revolution. The couple suffer British, Tory, and Indian attacks on their farm before the Revolution ends and peace is restored.

In colonial America, Lana Borst (Claudette Colbert), the eldest daughter of a wealthy family, marries Gilbert Martin (Henry Fonda). Together they leave her family's luxurious home to embark on a frontier life on Gil's small farm in Deerfield in the Mohawk Valley of central New York. The time is July 1776, and the spirit of revolution is in the air. The valley's mostly ethnic German settlers have formed a local militia in anticipation of an imminent war, and Gil joins up.