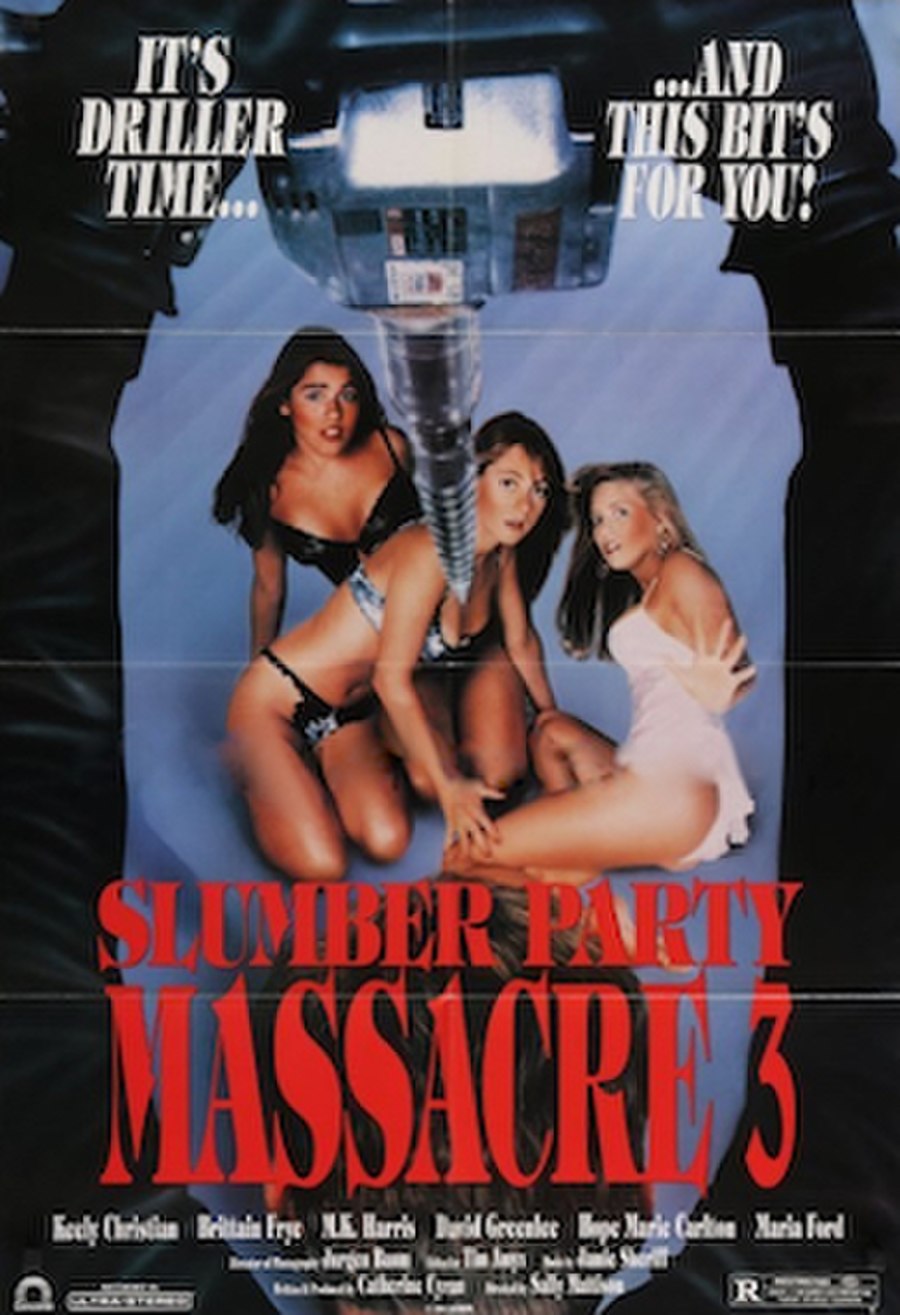 Slumber Party Massacre III (also known as Captive Women in the Philippines) is a 1990 American slasher film directed by Sally Mattison and written by Catherine Cyran. It is the third and final installment in the Slumber Party Massacre trilogy, and stars Keely Christian, Brittain Frye, and Maria Ford. The film follows a group of teenage girls in California, whose slumber party is crashed by a masked killer.

A group of friends play volleyball on a beach in Venice, California. Jackie, one of the group, is a high school senior throwing a slumber party that night, as her parents are out of town looking for a new house. When the friends leave the beach, one of the girls, Sarah, gets into her car and is brutally murdered by an unseen assailant in the backseat with a power drill. Jackie returns to her home, and finds her odd neighbor, Morgan, there, wanting to tour the inside of the house; he tells Jackie he is considering purchasing the property when she and her family move.