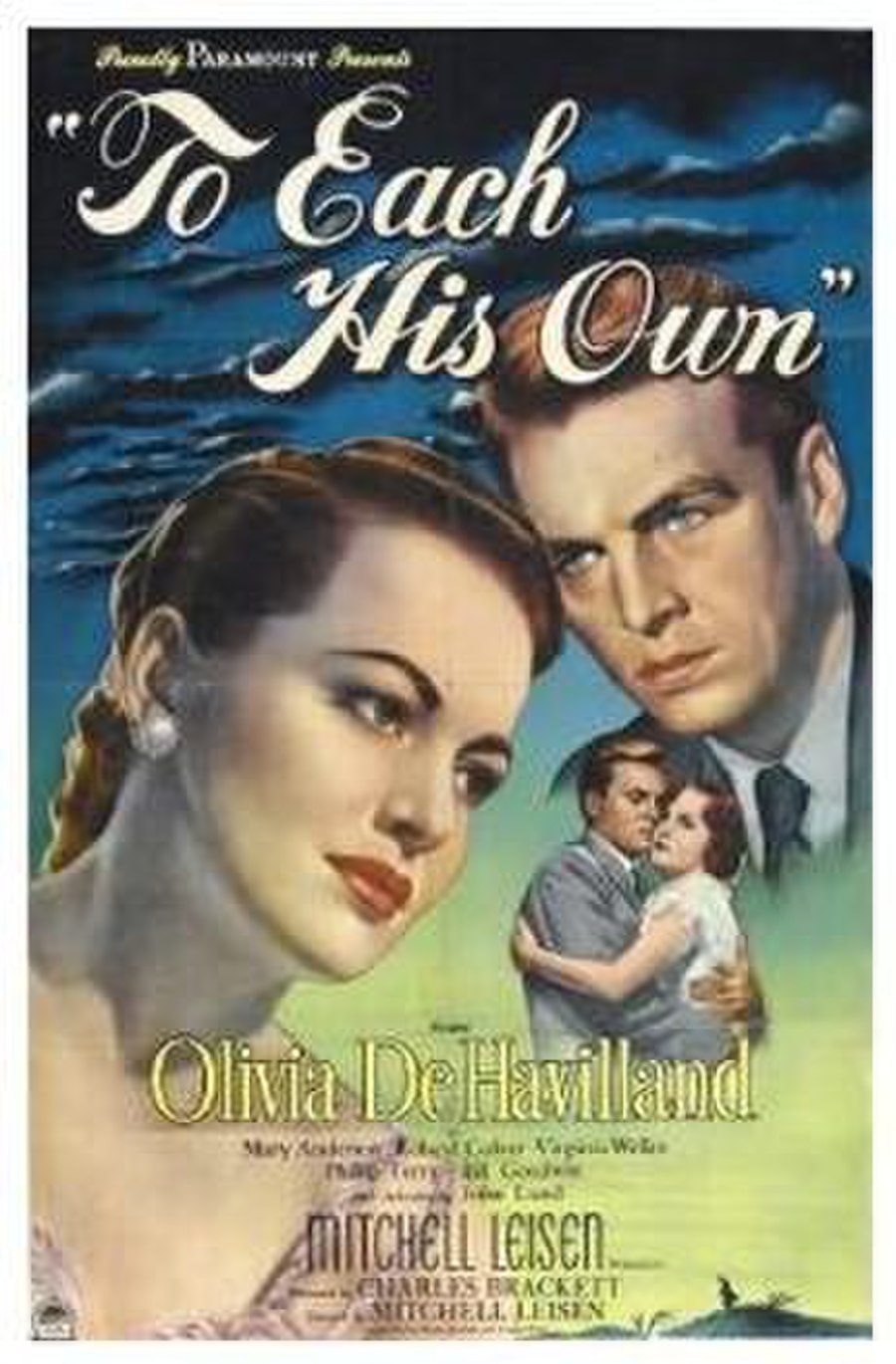 To Each His Own is a 1946 American drama romance film directed by Mitchell Leisen and starring Olivia de Havilland. The screenplay was written by Charles Brackett and Jacques Théry. A young woman bears a child out of wedlock and has to give him up.

In World War II London, fire wardens Josephine "Jody" Norris and Lord Desham keep a lonely vigil. When Jody saves Desham's life, they become better acquainted. They bond over being cold, lonely middle-aged people, and he recounts his life story and coaxes her to reveal hers in turn. She is reluctant to, but agrees to go to dinner with him. While Desham is arranging dinner plans, a man from her hometown turns up and tells her that someone from their town is arriving at the train station. Overjoyed, Jody rushes to the station, leaving a bewildered Desham behind. While there, she runs into a young woman who is waiting for her pilot beau, which sends Jody into a flashback that ends once the train arrives.