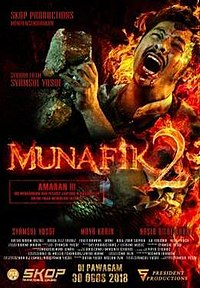 Two years after the events of the first movie, the life of Ustaz Adam (Syamsul Yusof) was restored after being interrupted by the death of his wife and son. He becomes a preacher and continues his responsibility to help the people affected by black magic and jins. The previous tests have taught him to offer tawadhu to the Divine. But what's strange is, Adam has been constantly haunted by his past nightmares involving Maria's death. Adam is also often visited by a mysterious woman who questions him about God's Faith and destiny. Meanwhile, the village across live a Sakinah (Maya Karin) and her daughter, Aina.