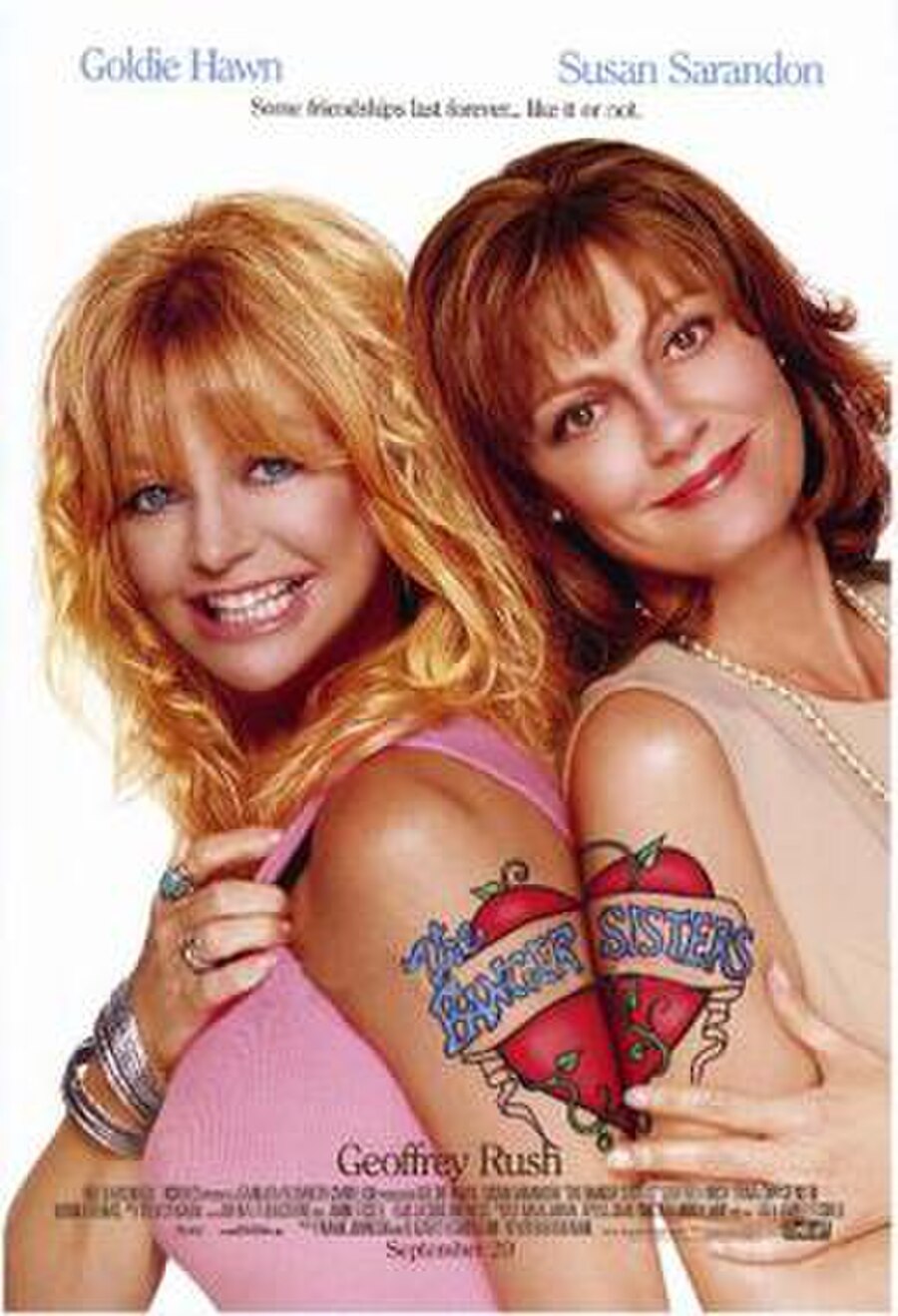 The Banger Sisters is a 2002 American comedy film written and directed by Bob Dolman, and produced by Fox Searchlight Pictures. The film stars Goldie Hawn and Susan Sarandon as two middle-aged women who used to be friends and groupies when they were young.

When Suzette (Goldie Hawn) is fired from her job as bartender at the Whisky a Go Go in Los Angeles, she decides, on the spur of the moment, to travel all the way to Phoenix, Arizona to see her old friend Vinnie (Susan Sarandon). Stranded at a service station without any money to buy some gasoline, she picks up Harry Plummer (Geoffrey Rush), a neurotic, middle-aged author who is on his way to Phoenix to once and for all deal with his father and the negative influence he has had over his life.