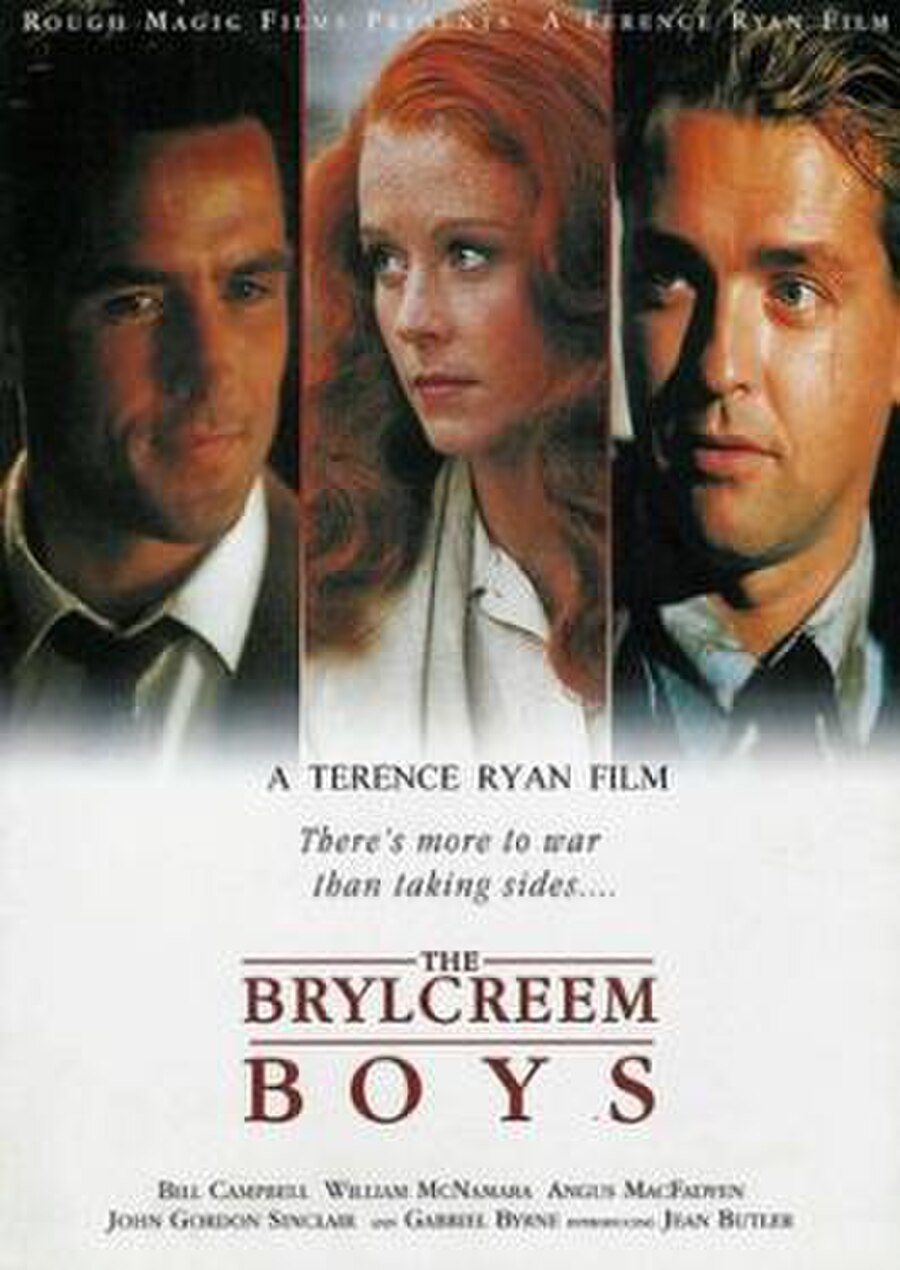 The Brylcreem Boys is a 1998 romantic comedy film set in Ireland during the Second World War. The film, which stars Billy Campbell, Angus Macfadyen, Jean Butler and Gabriel Byrne, was directed and co written by Terence Ryan. The story is set against the extraordinary neutrality arrangements in Ireland during World War II, under the government of Éamon de Valera.

During World War II, all Allied and Axis service personnel that end up in Ireland are to be interned for the duration of the conflict. Two pilots, one from the Royal Canadian Air Force (portrayed by Campbell) and one from the Luftwaffe (portrayed by Macfadyen), both fall in love with a local Irish girl, played by Butler. The relationship is further complicated by Byrne, who plays the unceasingly vigilant internment camp commander.