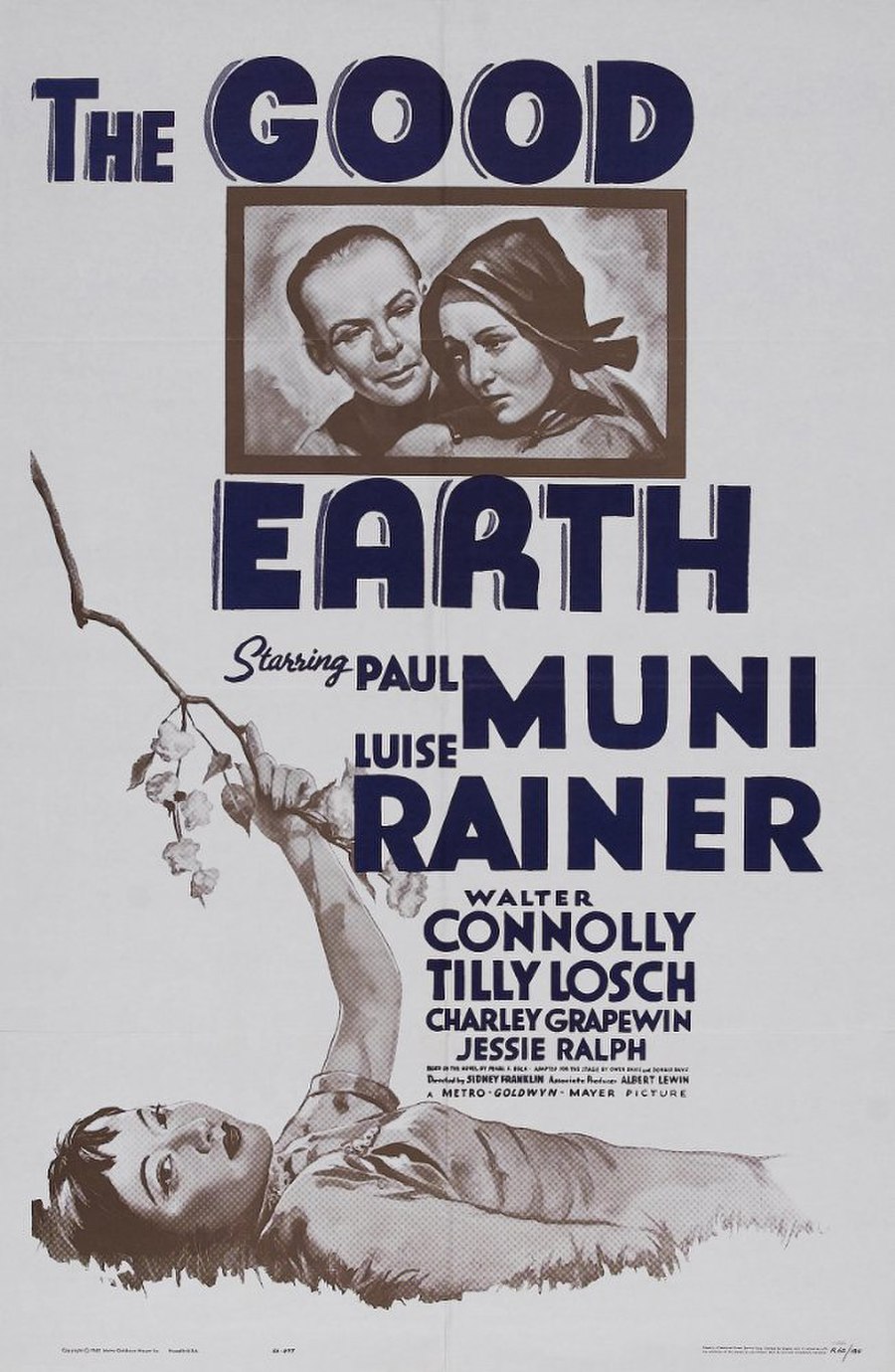 The Good Earth is a 1937 American drama film about Chinese farmers who struggle to survive. It was adapted by Talbot Jennings, Tess Slesinger, and Claudine West from the 1932 play by Owen Davis and Donald Davis, which was in itself based on the 1931 novel of the same name by Nobel Prize-winning author Pearl S. Buck. The film was directed by Sidney Franklin, with uncredited contributions by Victor Fleming and Gustav Machaty.

In pre-World War I northern China, young farmer Wang Lung (Paul Muni) marries O-Lan (Luise Rainer), a slave at the Great House, the residence of the most powerful family in their village. O-Lan proves to be an excellent wife, hard working and uncomplaining. Wang Lung prospers. He buys more land, and O-Lan gives birth to two sons and a daughter. Meanwhile, the Great House begins to decline.