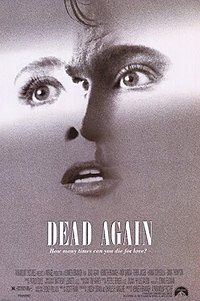 Newspapers detail the 1949 murder of Margaret Strauss, who was stabbed during a robbery; her anklet is missing. Her husband, composer Roman Strauss, is found guilty of the crime and condemned to death. Before his execution, Roman is visited by reporter Gray Baker. Asked if he killed Margaret, Roman appears to whisper something in Gray's ear. Baker does not disclose Roman's answer.