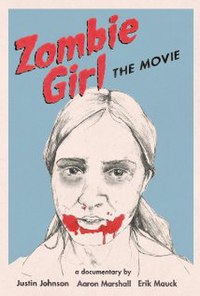 Zombie Girl: The Movie is a 2009 documentary directed by Justin Johnson, Aaron Marshall, and Erik Mauck. The film focuses on the making of the 2006 zombie film Pathogen that was directed by Emily Hagins, who was twelve years-old at the time.

The documentary chronicles the making of Emily Hagin's feature-length zombie film Pathogen. The film, which took Hagin two years to complete and screen, was met with several setbacks during its filming due to elements such as theft of property. During the filming of Zombie Girl, the directors noted Hagin's growth as a fledgling director, as she was twelve at the time Pathogen was made.