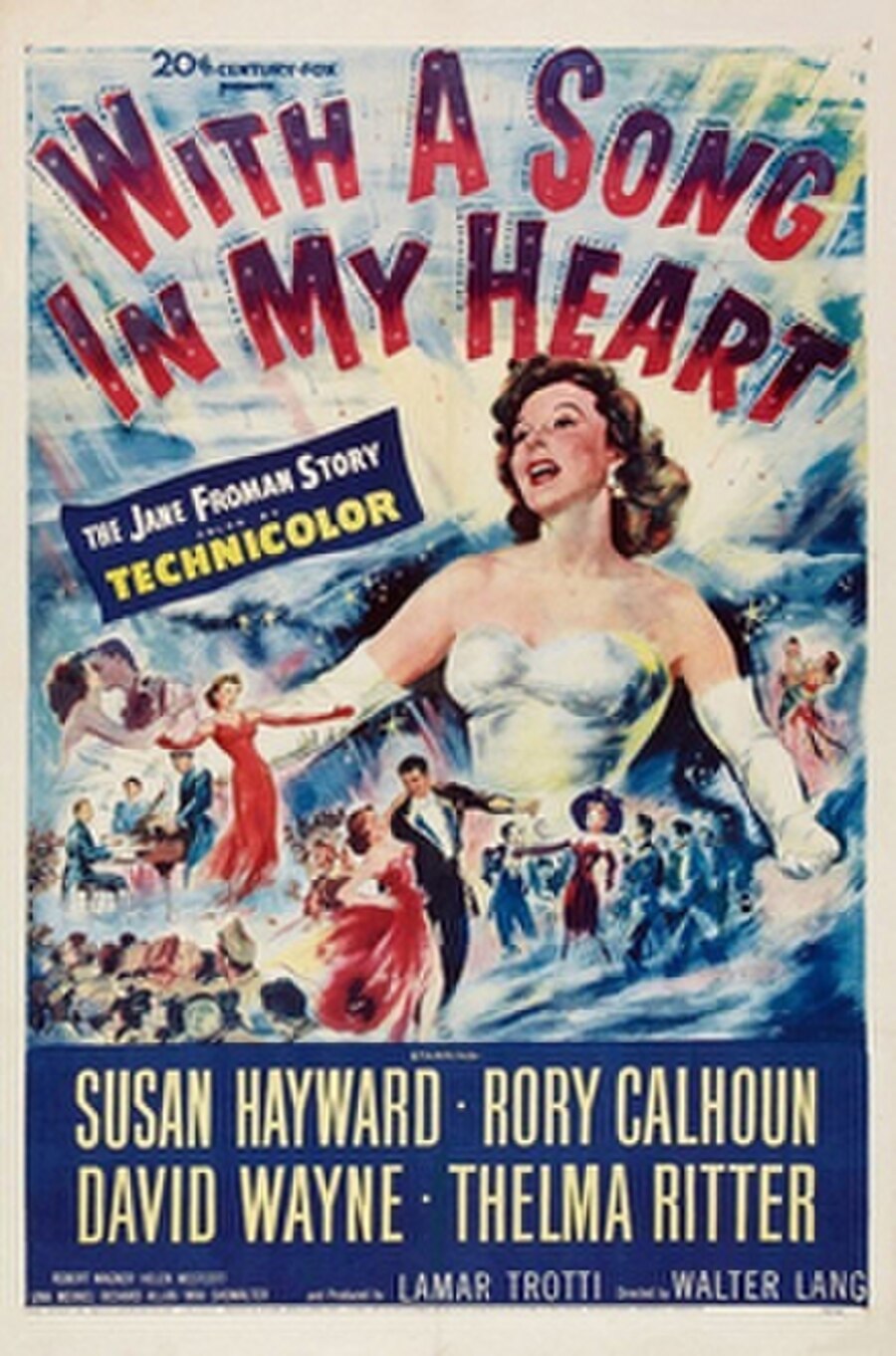 With a Song in My Heart is a 1952 American biographical musical drama film that tells the story of actress and singer Jane Froman, who was crippled by an airplane crash on February 22, 1943, when the Boeing 314 Pan American Clipper flying boat she was on suffered a crash landing in the Tagus River near Lisbon, Portugal. She entertained the troops in World War II despite having to walk with crutches. The film stars Susan Hayward, Rory Calhoun, David Wayne, Thelma Ritter, Robert Wagner, Helen Westcott, and Una Merkel. Froman herself supplied Hayward's singing voice.

Jane Froman (Susan Hayward) is a humble staff singer at a Cincinnati radio station, but in no time she rises to the uppermost rungs of network radio fame. Jane gratefully marries her agent Don Ross (David Wayne), but soon both realize they're not truly in love. Jane's popularity soars, and she leaves on a European tour. When her plane crashes, she is partially crippled. Unable to walk without crutches, she nonetheless goes on to entertain U.S. troops during World War II.