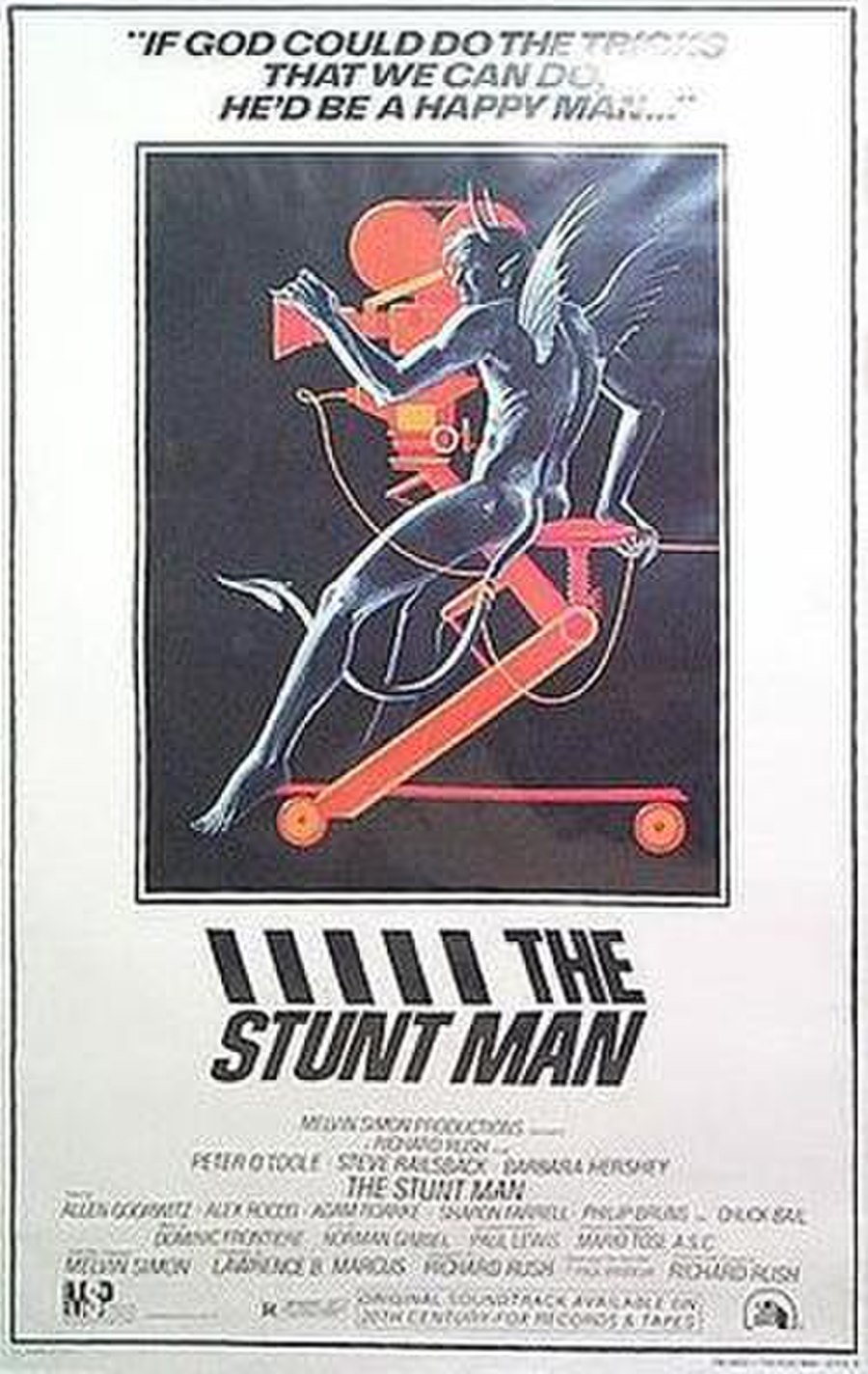 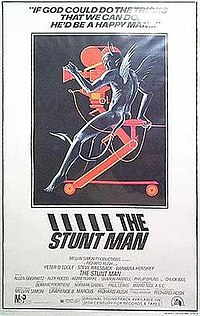 The Stunt Man is a 1980 American action comedy film directed by Richard Rush, starring Peter O'Toole, Steve Railsback, and Barbara Hershey. The film was adapted by Lawrence B. Marcus and Rush from the 1970 novel of the same name by Paul Brodeur. It tells the story of a young fugitive who hides as a stunt double on the set of an World War I movie whose charismatic director will do seemingly anything for the sake of his art.

Cameron is a young veteran running from the police. He stumbles onto the set of a World War I movie, where eccentric and autocratic director, Eli Cross, agrees to hide him from the police. Cameron falls in love with Nina Franklin, the film's star, while the production, and the film, blur the lines between reality and make-believe.