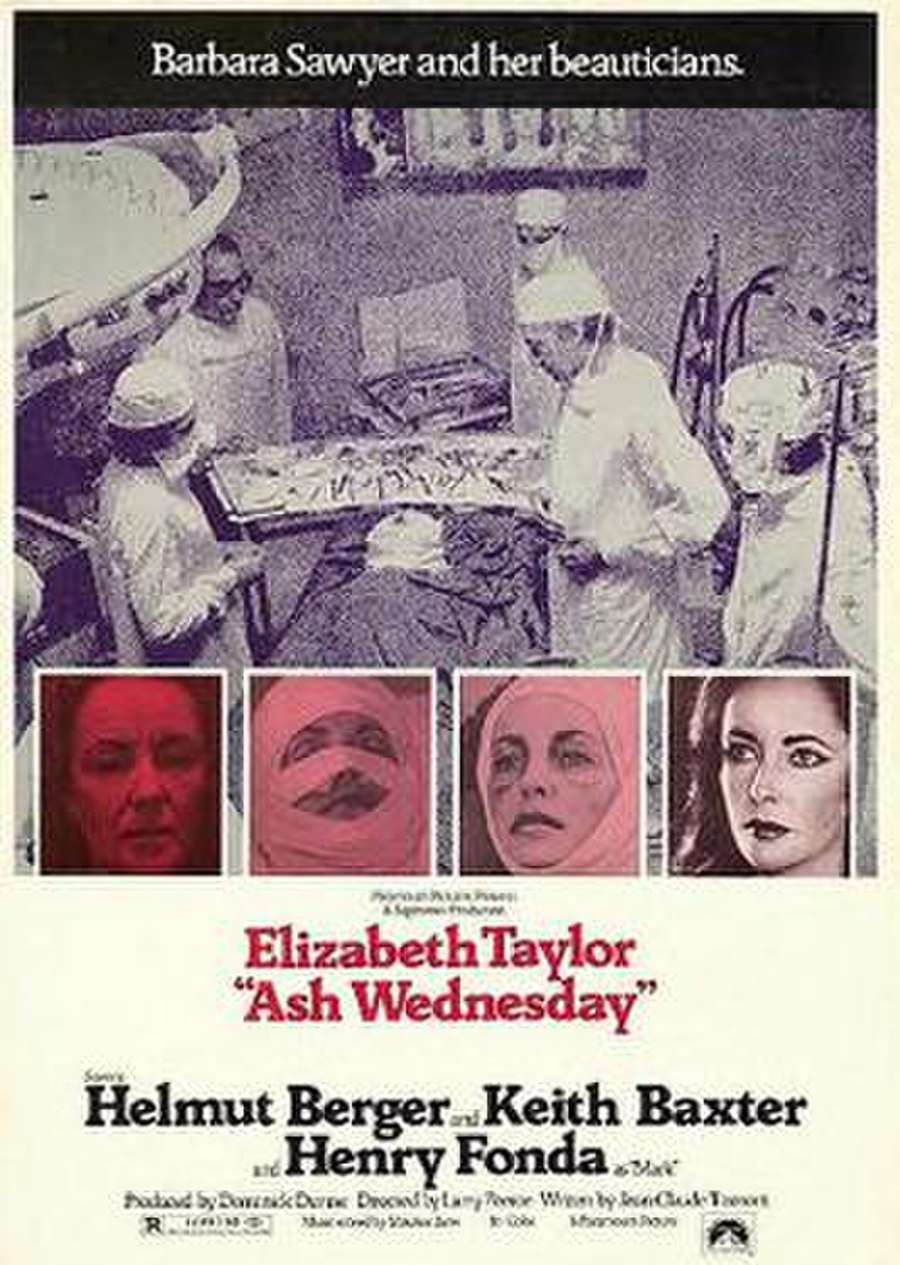 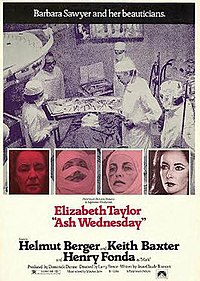 Ash Wednesday is a 1973 American drama film directed by Larry Peerce and starring Elizabeth Taylor. It was produced by Dominick Dunne. The screenplay by Jean-Claude Tramont focuses on the effect that extensive cosmetic surgery has on the life of a middle-aged married woman.

In a desperate attempt to save her faltering marriage, 55-year-old Barbara Sawyer submits to full-body plastic surgery in a Swiss clinic, then checks into an exclusive ski resort Cortina d'Ampezzo to await the arrival of her attorney husband Mark. Reveling in her considerably younger and tauter appearance, she allows playboy Erich to seduce her. When Mark finally arrives, he makes an announcement that changes Barbara's initial plans forever.