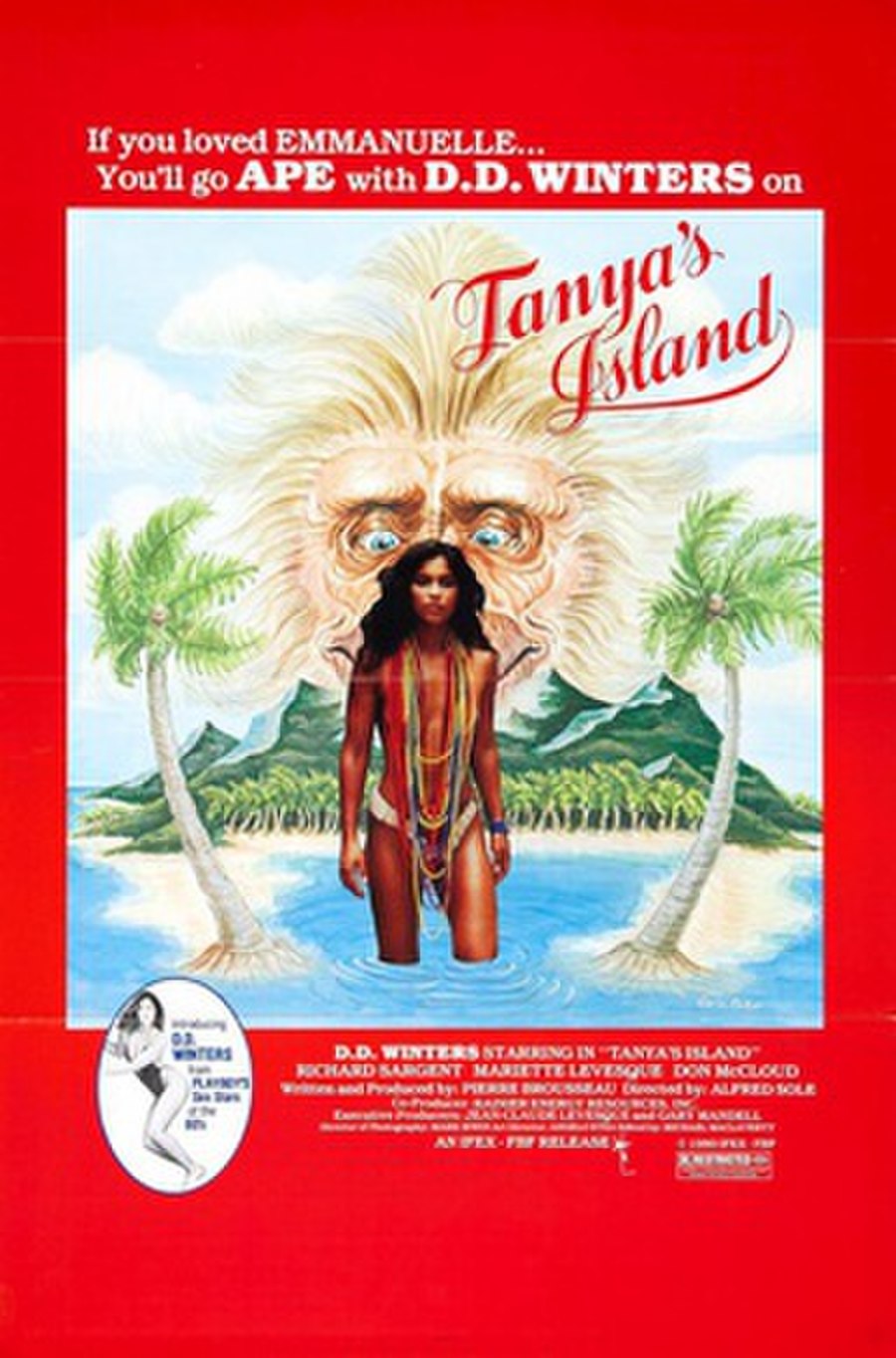 Tanya's Island is a 1980 Canadian-American fantasy film directed by Alfred Sole. It stars Denise "Vanity" Matthews (credited as “D.D. Winters”) as a young woman caught up in a love triangle with her aggressive boyfriend and a wild ape-man on an imaginary tropical island. The ape-suit was created by Rick Baker and Rob Bottin, with special effects contributions from Steve Johnson.

Tanya (Vanity) is a female model who lives with her boyfriend Lobo (Richard Sargent), a surrealist painter who is extremely violent. Subjected to Lobo's constant abuse, Tanya dreams of escaping to a desert island, and her dream comes true. The only other person on her island is an enormous blue-eyed man-ape (played by Don McLeod and voiced by Donny Burns) who emerged from one of Lobo's paintings. Tanya befriends the beast and nicknames him "Blue." Soon she begins to feels a strange attraction to the creature, which makes Lobo increasingly jealous in the real world. He becomes determined to capture the man-ape and put it in a cage.