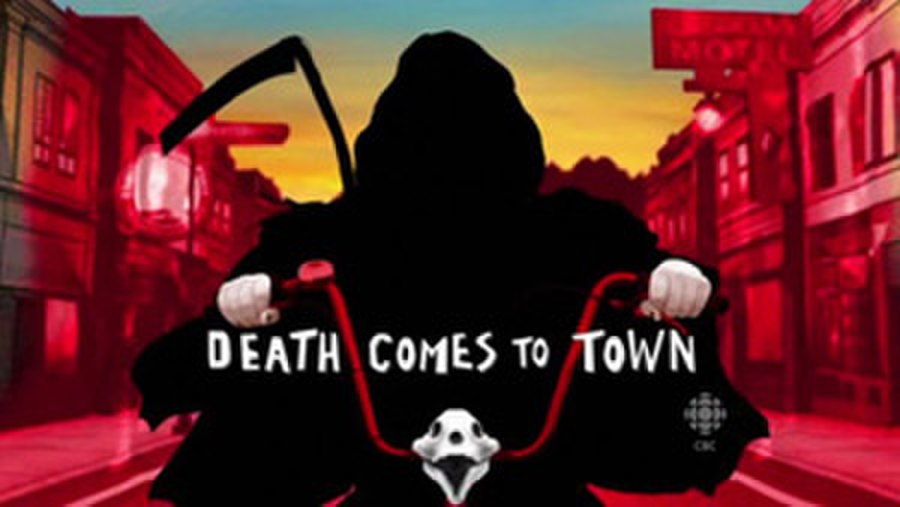 The Kids in the Hall: Death Comes to Town (or simply Death Comes to Town) is an eight-episode Canadian mini-series that aired on CBC Television on Tuesdays between January 12 and March 16, 2010. The show takes place in a fictional Ontario town called Shuckton where their mayor has been murdered. As the Shuckton residents cope with the loss, a new lawyer moves in to prosecute a suspect – though another resident, unsatisfied with the evidence, tries to find the real killer. At the same time, a character who is a personification of death waits at a motel room for the latest Shuckton residents to die.

The mayor of Shuckton, Ontario (population 27,063) is murdered several hours after announcing that the town's bid for the 2028 Summer Olympics was rejected. A small-time criminal, Crim, is found with blood on him and is put on trial for the murder. However, an obese man named Ricky suspects the real murderer is still at large and, with the help of his friend Marnie, he investigates the crime. Meanwhile, the mayor's widow takes over mayoral duties, women on a local news team compete for attention, the coroner steals the mayor's body, Crim's lawyer does everything he can to keep his cat alive, and Death waits in a motel room to collect the souls of dead Shuckton citizens.