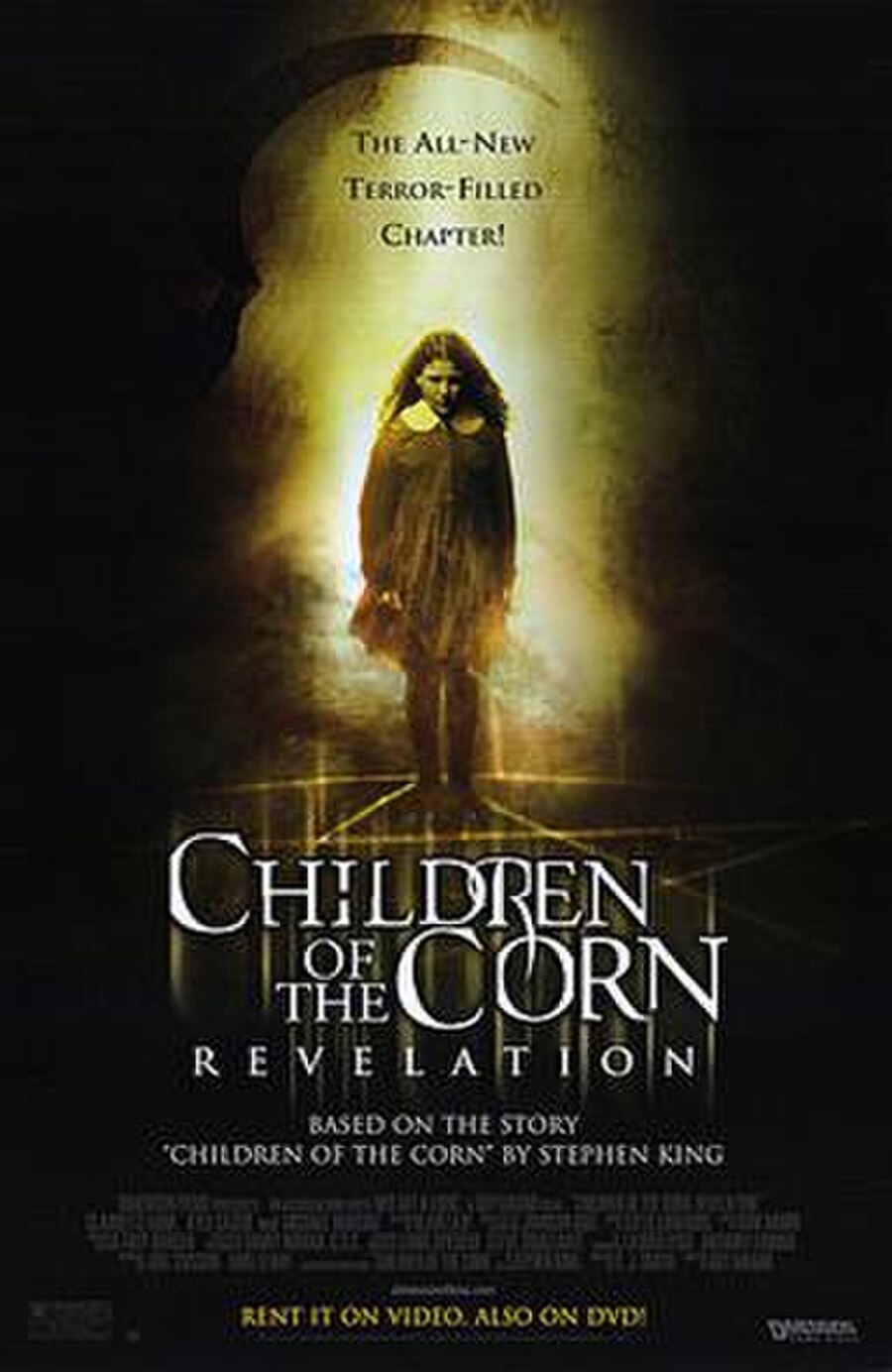 Children of the Corn: Revelation 2001

Children of the Corn: Revelation is a 2001 American horror film directed by Guy Magar. It is the seventh installment of the Children of the Corn series. The plot follows a woman who travels to Omaha, Nebraska in search of her grandmother, and finds her apartment building to be overrun with mysterious children who seem to be emerging from the adjacent corn field.

Jamie Lowell (Claudette Mink) comes to Omaha, Nebraska after numerous phone calls to her grandmother have gone unanswered. Her grandmother's apartment building, which is built next to a cornfield, appears to be empty, except for two young, mysterious children who roam about. Jamie discovers that her grandmother has received a notice of eviction. She goes to see Det. Armbrister, who is not much help. While at the local grocery store, Jamie has an encounter with the children from the building, but they do not speak to her. Outside, she sees a priest standing in the street, staring at her. She returns to her grandmother's apartment to discover a message: "Jamie go home."