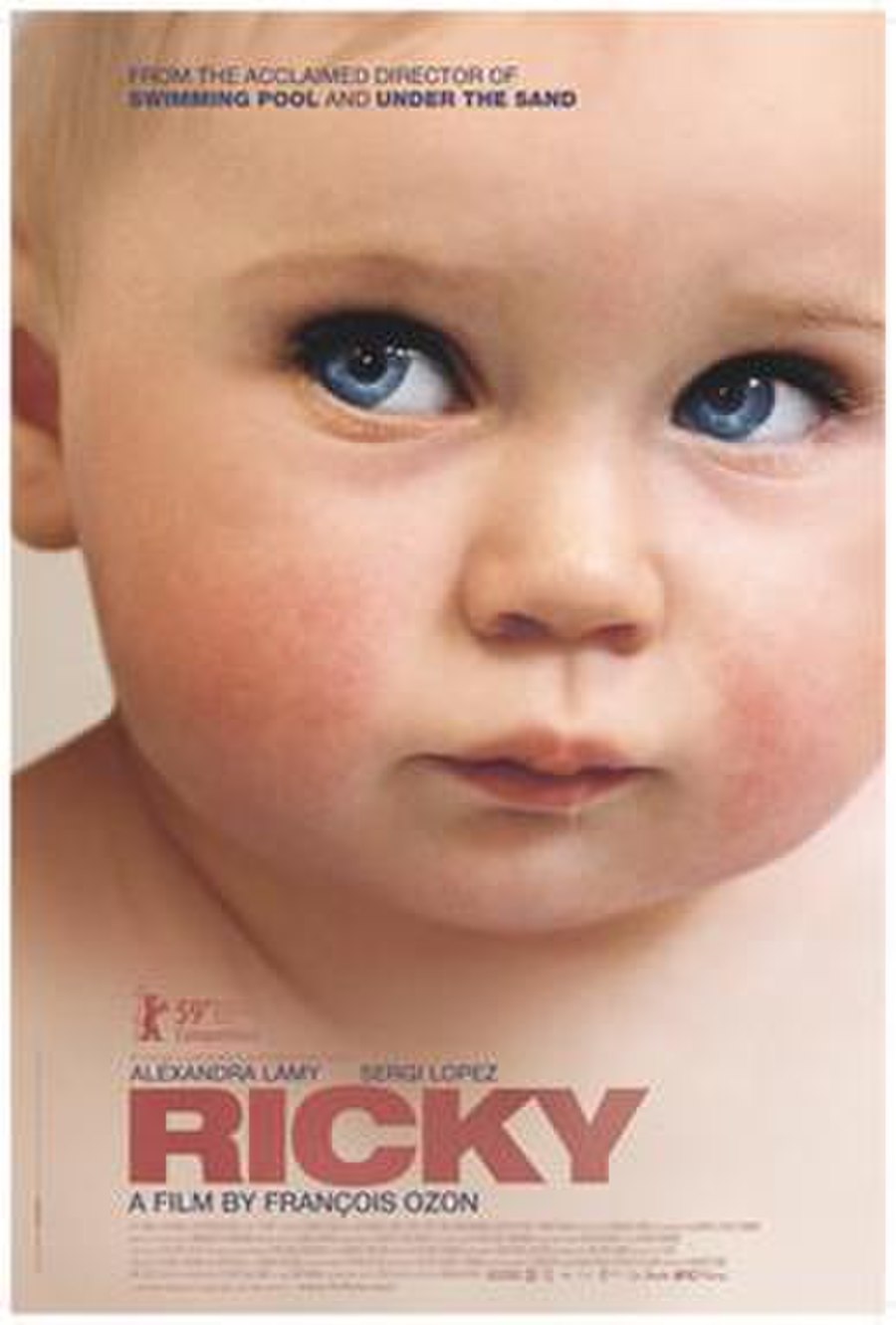 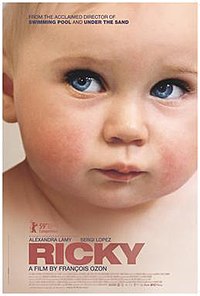 Ricky is a 2009 French fantasy film directed by François Ozon about a human baby who develops a set of functional wings, and how the parents cope with the child's abnormality.

Katie (Alendra Lamy) lives with her daughter Lisa (Mélusine Mayance) in a welfare housing in eastern Paris. Their family is disrupted when Katie falls in love with Paco (Sergi López), her Spanish co-worker in a cosmetics factory. A baby is born after Paco moved in. The child, who they name Ricky (Arthur Peyret), becomes a source of anxiety and unwelcome surprise as he starts to become noisy and demanding. To make matters worse, Ricky's shoulder blades begin growing wings. The baby also starts to fly. He becomes a public curiosity further throwing the family into disarray and fear for Ricky's safety.