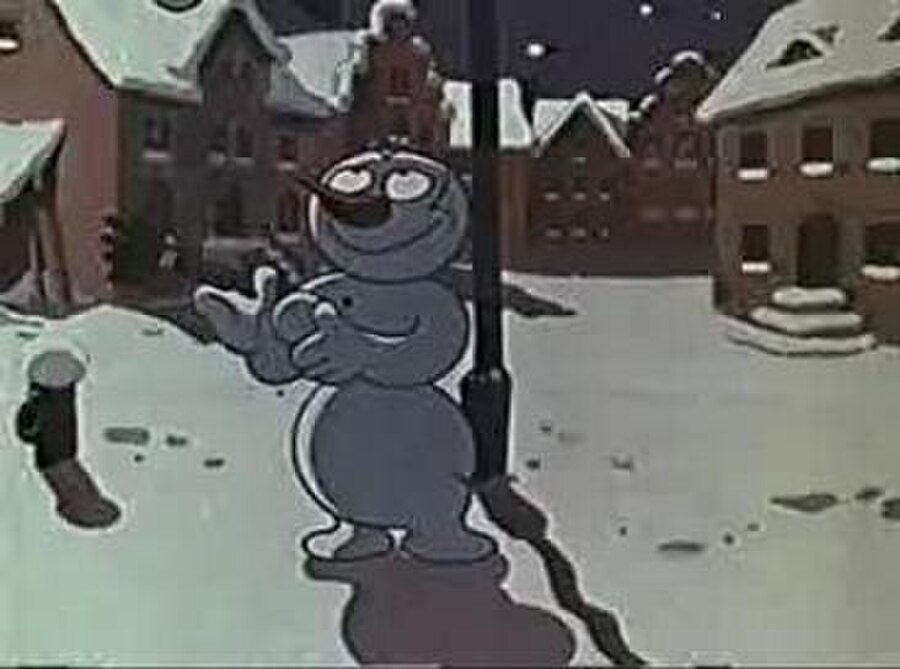 Der Schneemann, also known as The Snowman, Snowman in July or The Magic Snowman, is a 1944 animated short film, created in Nazi Germany. It was written by cartoonist Horst von Möllendorff and animated by Hans Fischerkoesen. It was animated in Potsdam, Germany, near UFA's Neubabelsberg Studios.

Snow falls on the snowman to form a heart shape on him. The snowman wakes and begins juggling with the snow. A dog begins chasing him and takes a bite out of him. The dog then throws snow at the snowman but this only fills the missing part of the snowman. Eventually the dog leaves.