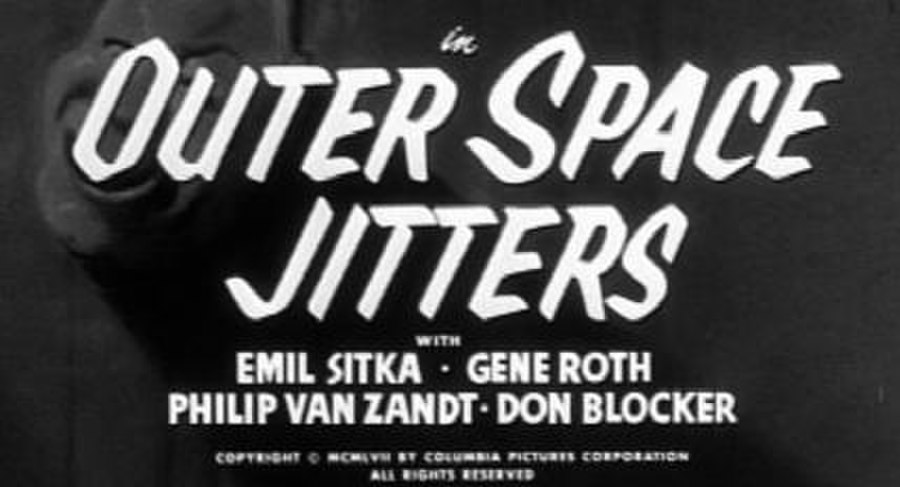 Outer Space Jitters is a 1957 short subject directed by Jules White starring American slapstick comedy team The Three Stooges (Moe Howard, Larry Fine and Joe Besser). It is the 182nd entry in the series released by Columbia Pictures starring the comedians, who released 190 shorts for the studio between 1934 and 1959.

The Stooges tell their infant sons (also the Stooges) a story about the time they blasted to outer space. In this story, the Stooges are assistants to Professor Jones (Emil Sitka) who travel to the planet Sunev (Venus spelled backwards). The planet's leader, the Grand Slitz of Sunev (Gene Roth) greets them cordially enough, but it soon becomes apparent that he has plans to bring prehistoric men to life and take over the planet Earth. No sooner does Professor Jones catch onto the Grand Slitz's plan does he end up being tied up.