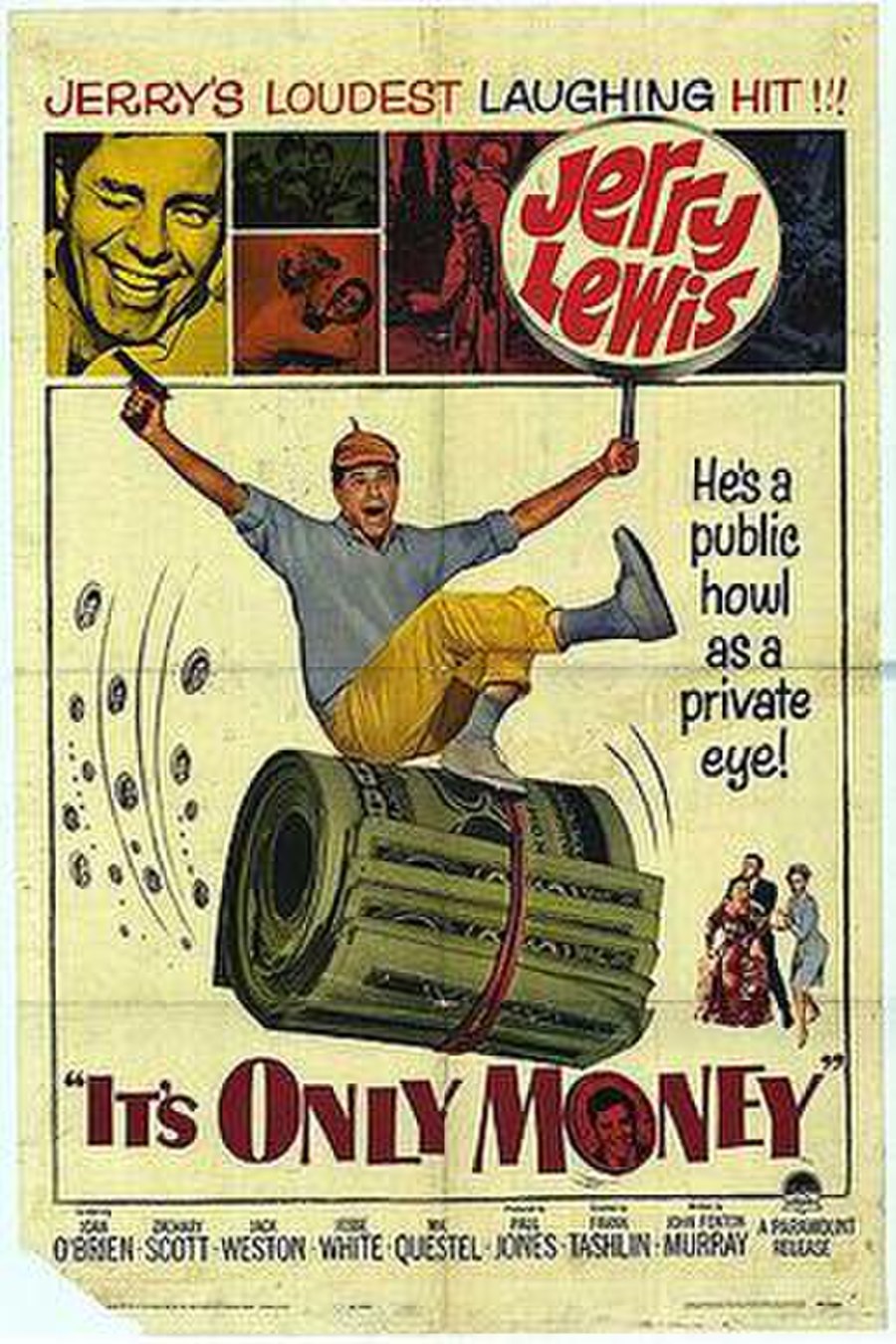 It's Only Money is a 1962 American comedy film directed by Frank Tashlin and starring Jerry Lewis and was released by Paramount Pictures. It was the final film of Zachary Scott.

Lester March (Jerry Lewis) is a 25-year-old orphan who is an electronics repairman. However, his real passion is detective novels, and he dreams of becoming a detective himself someday. His best friend, Pete Flint (Jesse White), is a detective, and they see a television program about a wealthy, single woman, Cecilia Albright (Mae Questel) who is looking for her long-lost nephew. The mention of a $100,000 reward gains their attention.