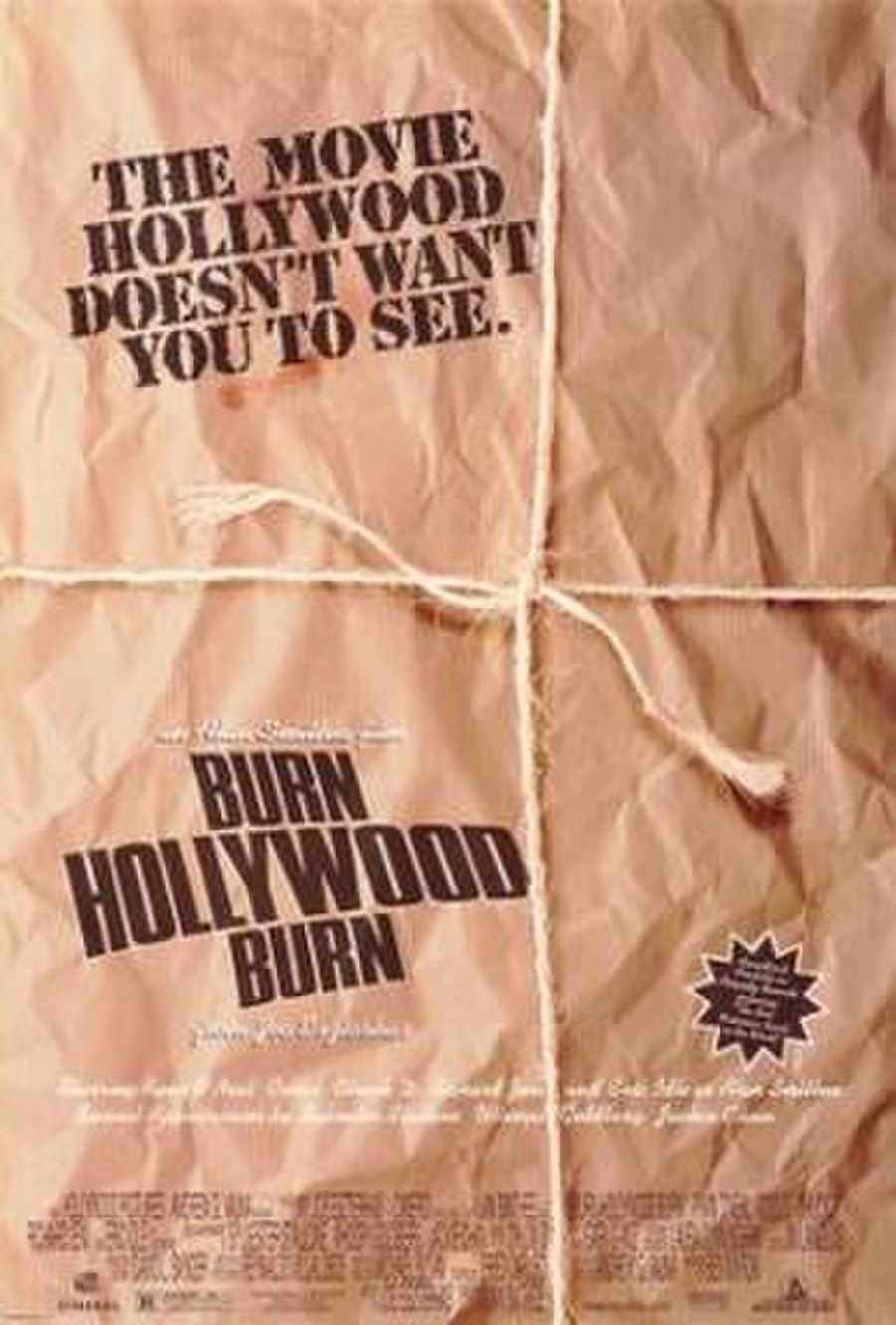 An Alan Smithee Film: Burn Hollywood Burn (stylized on-screen as Burn Hollywood Burn) is a 1997 American mockumentary comedy film directed by Arthur Hiller (using the Alan Smithee pseudonym), written by Joe Eszterhas, and starring Eric Idle as the protagonist, a director unfortunately named Alan Smithee. The film follows Smithee as he steals the negatives to his latest film and goes on the run.

A director, Alan Smithee, has been allowed to direct Trio, a big-budget action film starring Sylvester Stallone, Whoopi Goldberg and Jackie Chan. The studio recuts the film, and when Smithee sees the results (which he describes as being "worse than Showgirls"), he wants to disown the film. However, since his name is also the pseudonym used by Hollywood when someone does not want to have their name attached to a bad film, he steals the film and flees, threatening to destroy the film by burning it.