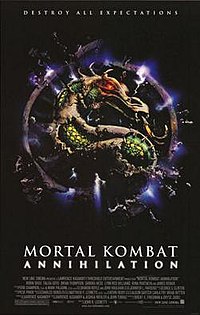 The evil Outworld emperor Shao Kahn opens a portal to Earthrealm and has resurrected his queen Sindel, Princess Kitana's long-deceased mother to facilitate his invasion. Earthrealm is to be absorbed into Outworld within six days, a fate which reigning Mortal Kombat champion Liu Kang and his allies must prevent. When Kahn kills Johnny Cage during a confrontation with the thunder god Raiden, the Earthrealm warriors retreat to seek allies.