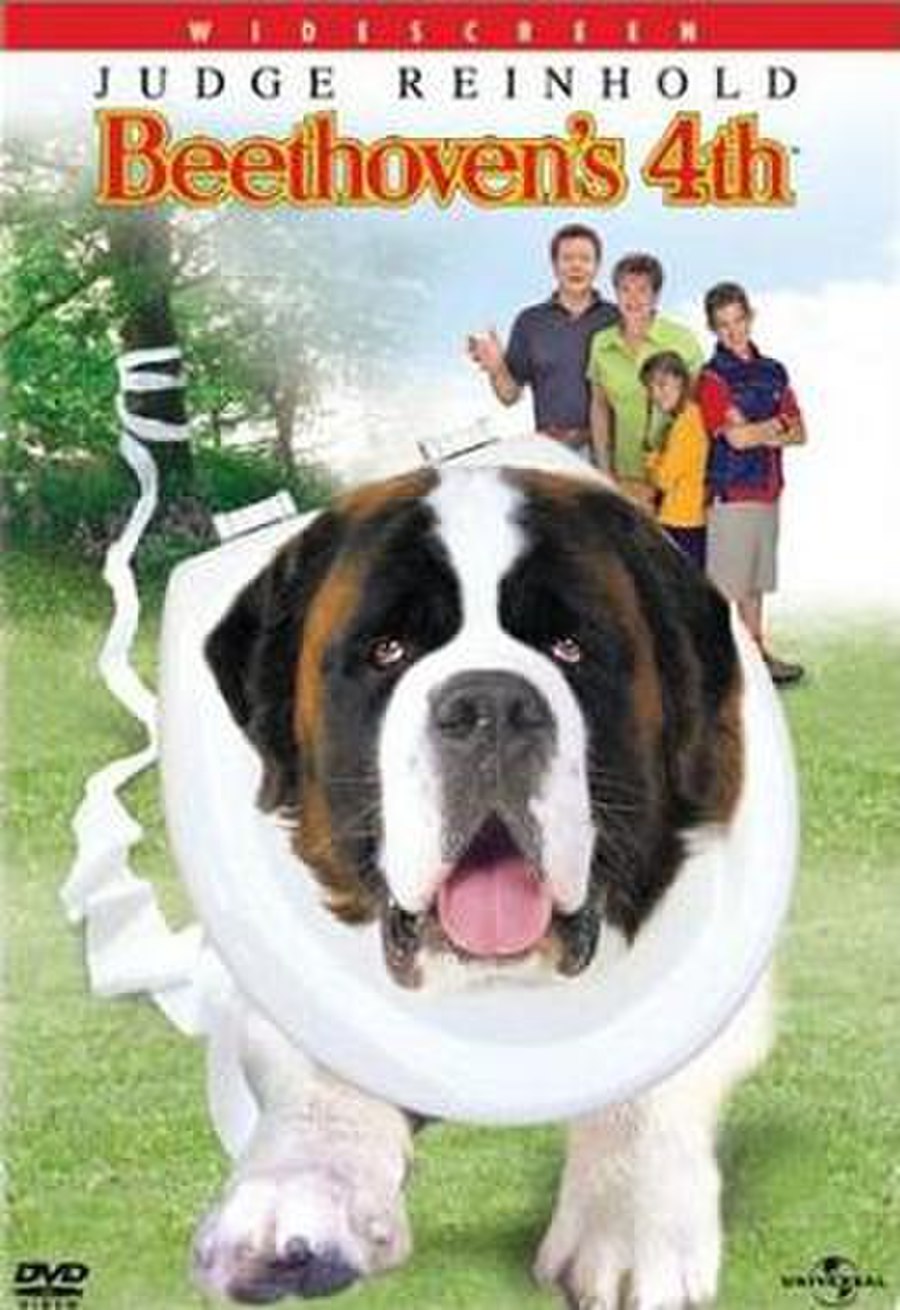 Beethoven's 4th is a 2001 American comedy film. It is the third sequel to the 1992 film, Beethoven and is the fourth installment in the Beethoven film series. It was released on December 4, 2001. It is the last film to feature Judge Reinhold as Richard Newton, Julia Sweeney as Beth Newton, Joe Pichler as Brennan Newton, and Michaela Gallo as Sara Newton.

Richard Newton checks in with his two children, Sara and Brennan, before school. The children love their St. Bernard dog, Beethoven, who they are keeping for a relative family, but their parents do not, and want to get rid of him. So the children begin taking the dog to Obedience Training led by a former army sergeant. Brennan falls in love with a girl named Hayley, while Beethoven literally destroys the obstacle course in one day. To top it all off, Beethoven hits the army sergeant in the groin with a leash causing him to kneel over in pain.