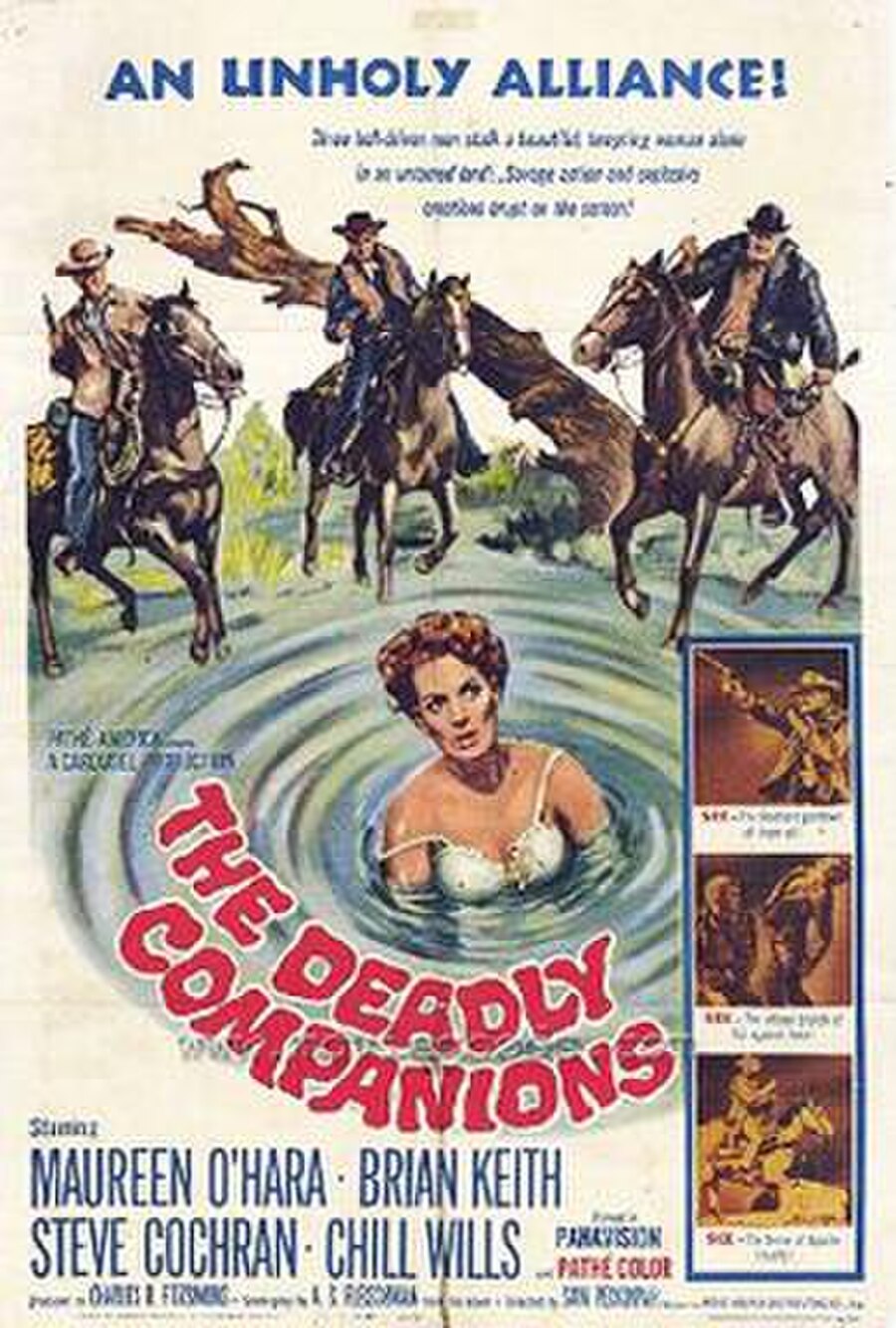 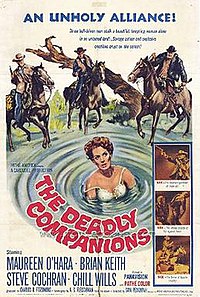 The Deadly Companions is a 1961 American Western and war film directed by Sam Peckinpah and starring Maureen O'Hara, Brian Keith, Steve Cochran, and Chill Wills. Based on the novel of the same name by A. S. Fleischman, the film is about an ex-army officer who accidentally kills a woman's son, and tries to make up for it by escorting the funeral procession through dangerous Indian territory. The Deadly Companions was Sam Peckinpah's motion picture directorial debut.

After her young son is killed in a bank robbery, the widowed dance-hall hostess Kit Tilden (Maureen O'Hara) is determined to bury him beside his father in Siringo, now deserted and located in Apache territory. Yellowleg (Brian Keith), the ex-army Northern sergeant who accidentally killed her son, decides to help take the body across the desert to be buried, whether Kit wants help or not. He forces the other two bank robbers - Turk, a Confederate deserter; and Billy, a gunslinger - to accompany them.