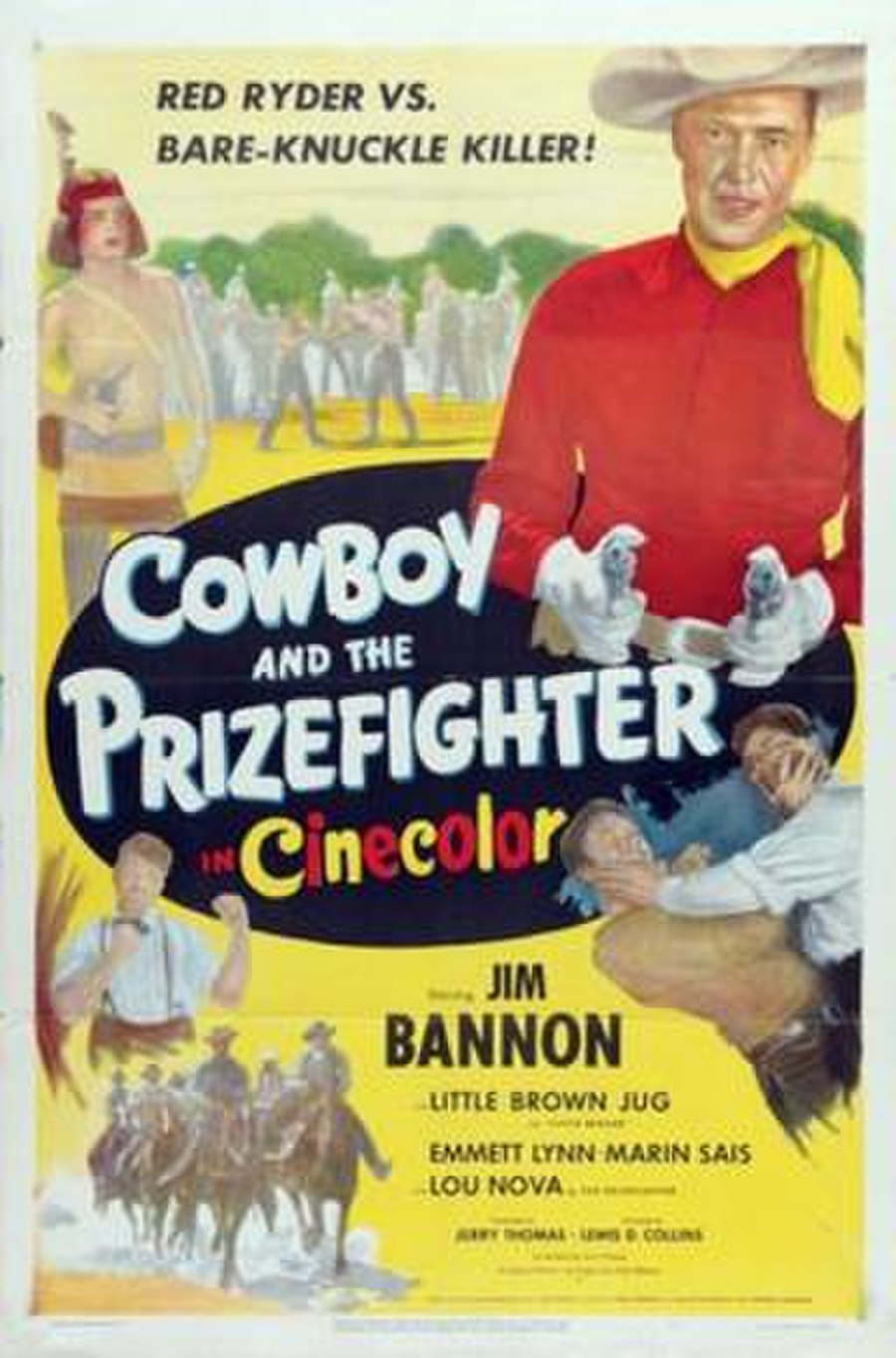 Cowboy and the Prizefighter 1949

Cowboy and the Prizefighter is a 1949 American Western Cinecolor film directed by Lewis D. Collins and written by Jerry Thomas. It is based on the comic strip Red Ryder by Fred Harman and Stephen Slesinger. The film stars Jim Bannon, Don Reynolds, Emmett Lynn, Marin Sais, Don Haggerty and Karen Randle. The film was released on December 15, 1949, by Eagle-Lion Films.

Red Ryder's life is saved by Steve Stevenson who wishes to avenge the death of his father who he believes was murdered. His father's death involved a scheme whereas a local challenger would be challenged by a travelling prizefighter with foul means used to obtain money from the bets. When the same scheme comes to Red Ryder's town, local villains use the fight to not only obtain money from betting, but to be used as a cover for a robbery.