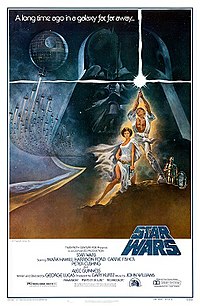 The galaxy is in a period of civil war. Rebel spies have stolen plans to the Galactic Empire's Death Star, a moon-sized space station capable of destroying an entire planet. Princess Leia, secretly one of the Rebellion's leaders, has obtained its schematics, but her starship is intercepted by an Imperial Star Destroyer under the command of the ruthless Sith Lord Darth Vader, an agent to the Empire. Before she is captured, Leia hides the plans in the memory of astromech droid , who, along with protocol droid , flees in an escape pod to the desert planet Tatooine.