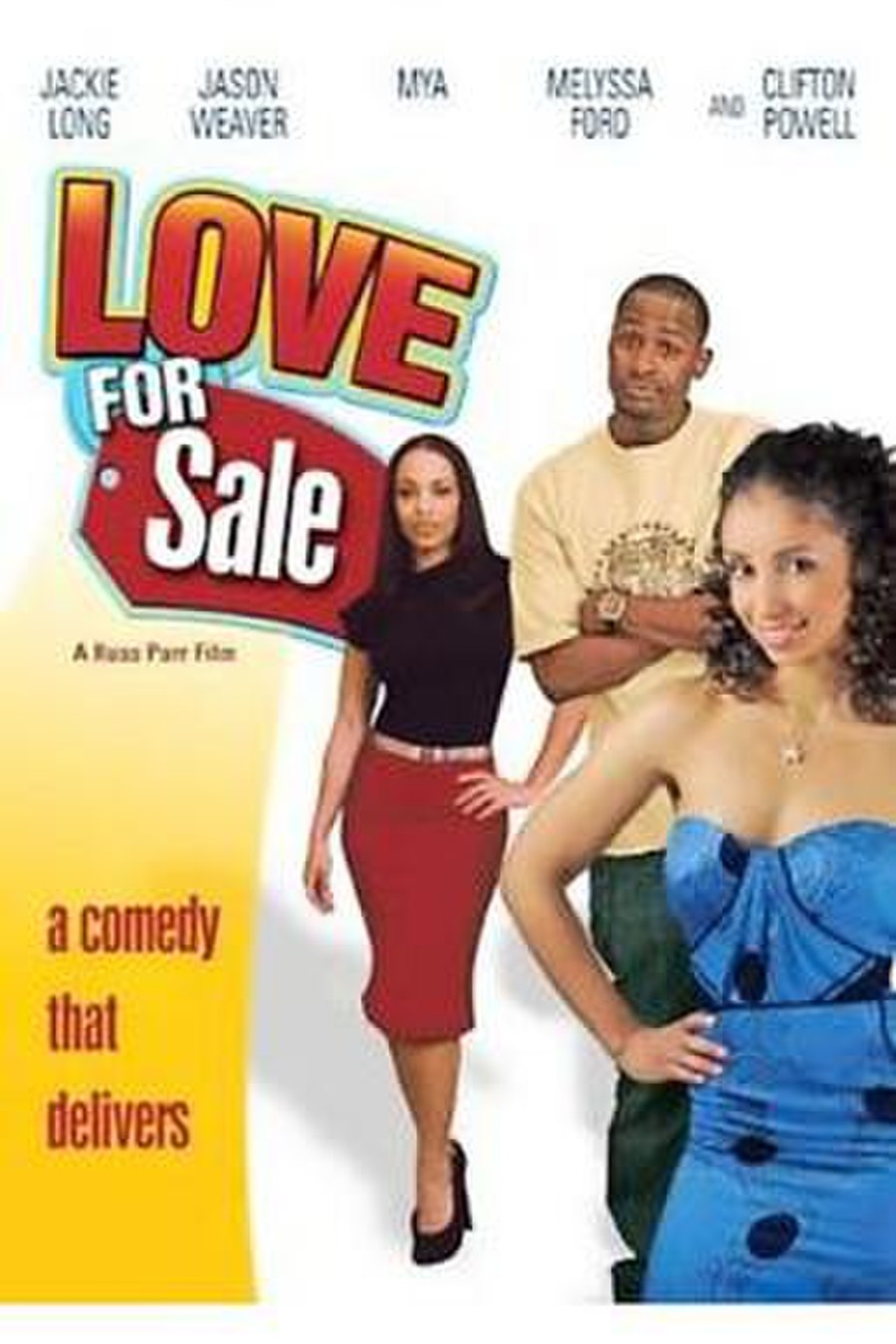 Love For Sale is a 2008 romantic comedy film directed by Russ Parr and starring Melyssa Ford, Jackie Long, Mýa, Jason Weaver, and Clifton Powell. It was released to DVD on October 21, 2008.

A hapless delivery man learns why sometimes too much of a bad thing can be detrimental to your personal well being after getting caught up with an older woman who sends his life spinning out of control. Trey (Jackie Long) may be working hard, though he just can't seem to catch a break. He's got no money for school, and his recent attempt to win over the girl of his dreams (Mýa) resulted in nothing less than complete and total embarrassment. But while a seductive woman (Melyssa Ford) may be more than happy to pay for Trey's "personal delivery services," his ideal situation is about to backfire in a way that the roving Romeo could have never seen coming.