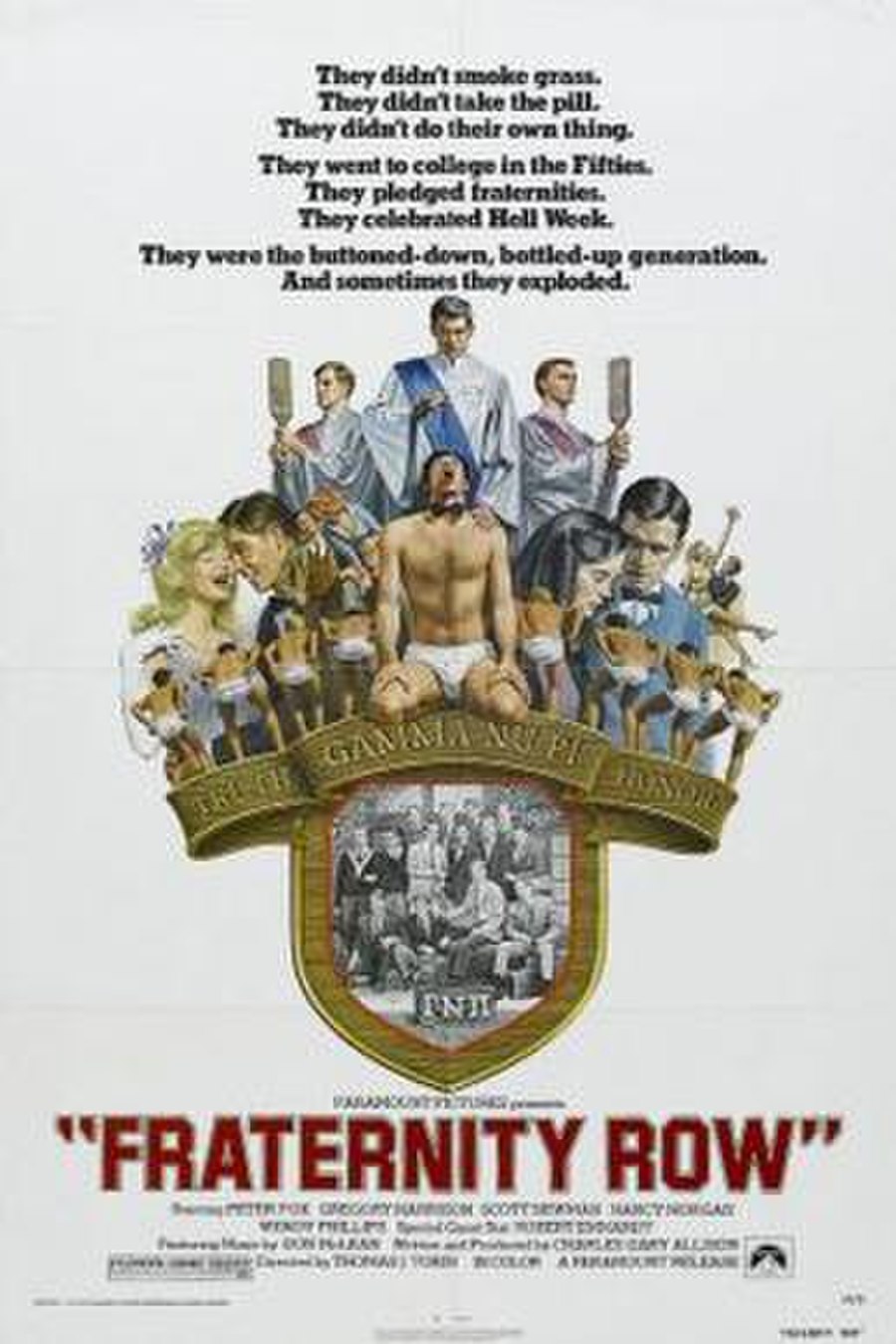 Fraternity Row is a 1977 American drama film portraying life in a 1950s fraternity at a fictional college.

This movie tells the story of one college student and his trials and tribulations as he pledges the Gamma Nu Pi Fraternity at a fictional Eastern school. The film depicts common hazing practices during the era including humiliation, onion eating and severe paddling.