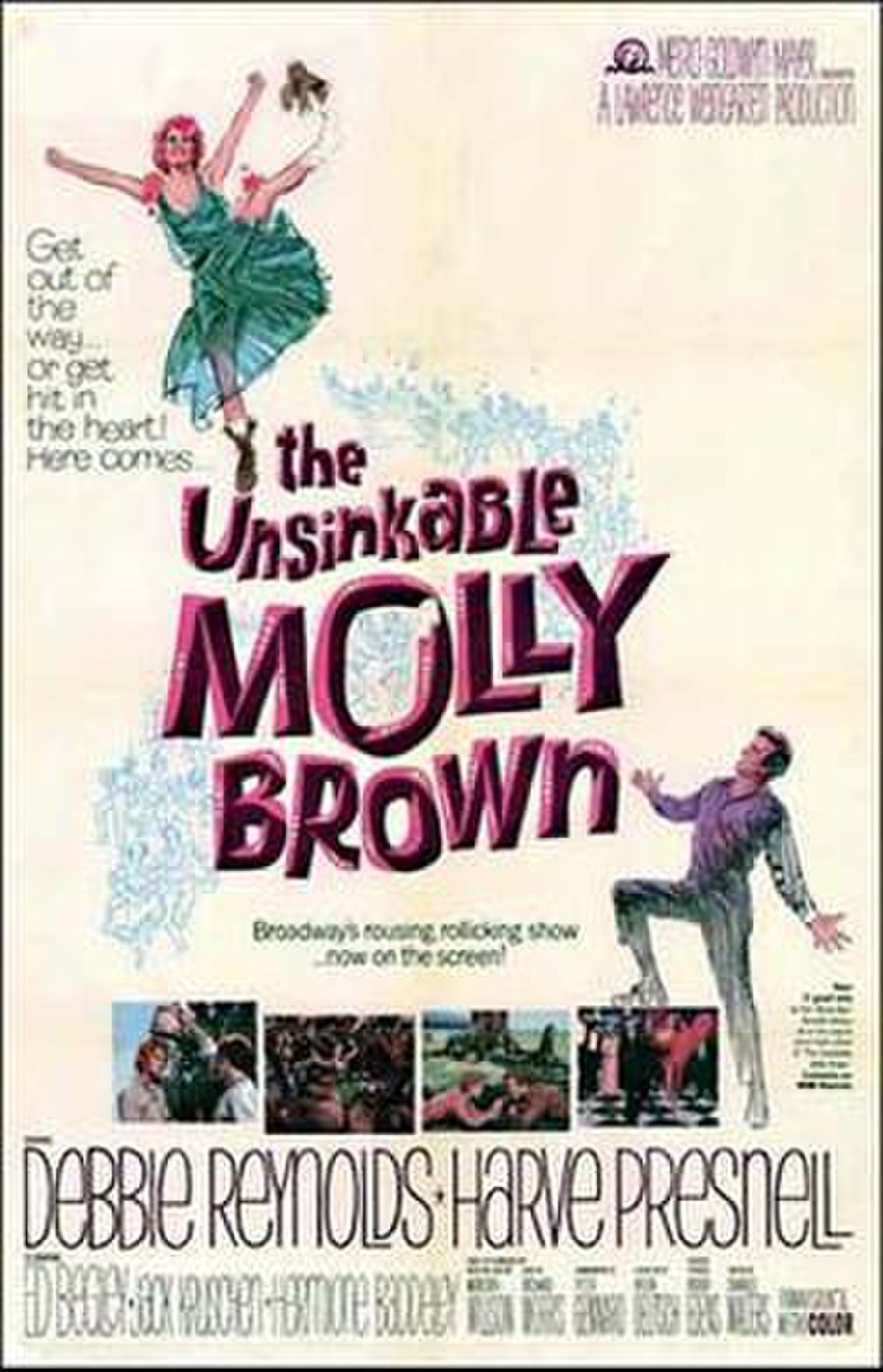 The Unsinkable Molly Brown is a 1964 American musical Metrocolor film directed by Charles Walters and starring Debbie Reynolds, filmed in Panavision. The screenplay by Helen Deutsch is based on the book of the 1960 musical The Unsinkable Molly Brown by Richard Morris. The song score was composed by Meredith Willson. The plot is a fictionalized account of the life of Margaret Brown, who survived the 1912 sinking of the . Debbie Reynolds was nominated for the Academy Award for Best Actress for her portrayal of Brown.

Rescued from the Colorado River as an infant and raised by Seamus Tobin, tomboy Molly Tobin is determined to find a wealthy man to marry. She journeys to Leadville, Colorado and is hired as a saloon singer by Christmas Morgan. After miner Johnny Brown renovates his cabin, the two wed, and he sells his claim in a silver mine for $300,000.