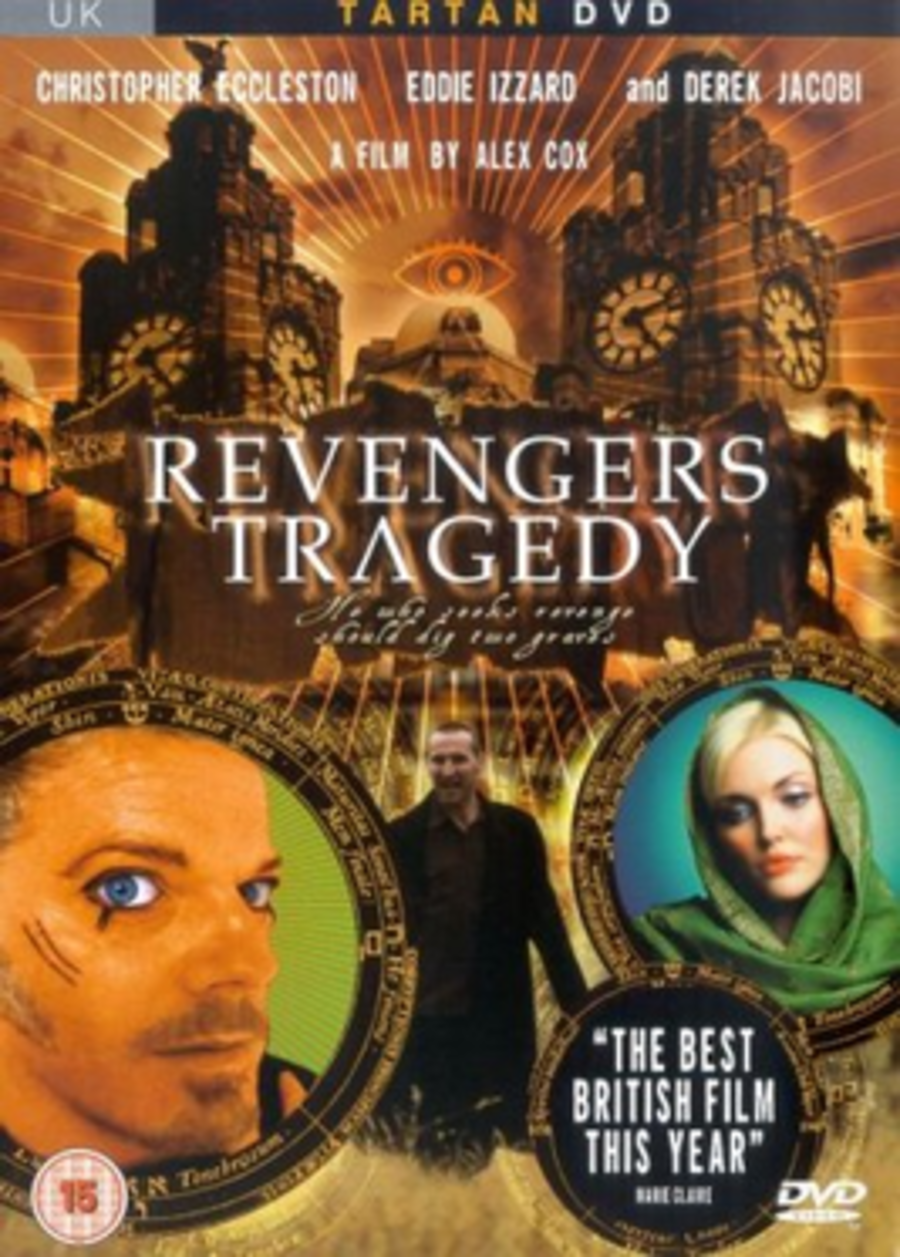 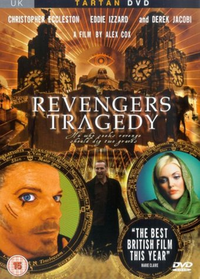 Revengers Tragedy is a film adaptation of the 1606 play The Revenger's Tragedy (attributed to Thomas Middleton in the credits, following the scholarly consensus). It was directed by Alex Cox and adapted for the screen by Cox's fellow Liverpudlian, Frank Cottrell Boyce. The film stars Christopher Eccleston as the revenge-obsessed Vindice, with Derek Jacobi as the evil Duke, Eddie Izzard as his lecherous son Lussurioso, Diana Quick as the Duchess, Andrew Schofield as Vindice's brother Carlo (a version of the play's Hippolito), Carla Henry as his virtuous sister Castiza, and Marc Warren and Justin Salinger as the Duchess's sons Supervacuo and Ambitioso.