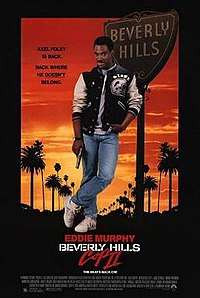 Beverly Hills Police Captain Andrew Bogomil, Detective Billy Rosewood, and Sergeant John Taggart are trying to figure out who is behind the "Alphabet Crimes", a series of mostly high-end-store robberies distinguished by their monogrammed envelopes with an alphabetical sequence the assailants leave behind. Complicating matters is the new "political" state of the Beverly Hills Police Department, headed by incompetent, egotistical and verbally abusive new police chief Harold Lutz, who is doing everything he can to stay on Mayor Ted Egan's good side. Furious when Rosewood calls the FBI to help solve the case, Lutz holds Bogomil responsible as commanding officer and suspends him, despite Bogomil's efforts to convince the chief that Rosewood was only following a hunch. Lutz also punishes Taggart and Rosewood by placing them on traffic duty. On the way home, Bogomil is shot and injured by Karla Fry, the chief enforcer of Maxwell Dent, who is secretly the mastermind behind the Alphabet Crimes. After hearing about the shooting on a news report, Axel Foley secretly abandons his current undercover duties and immediately flies out to Beverly Hills to help find out who shot Bogomil, finding Taggart and Rosewood all too happy to assist him.