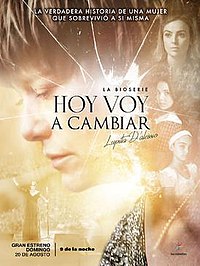 Because the series is based on D'Alessio's life, many other public figures, television programs and singers were portrayed in the series, such as José José in the years when he became known, Raúl Velasco in the early stages of the program Siempre en Domingo and Adal Ramones. Another production included in the series is La Oreja, which showed the falling out between Ernesto D'Alessio and his father Jorge Vargas more than ten years ago.