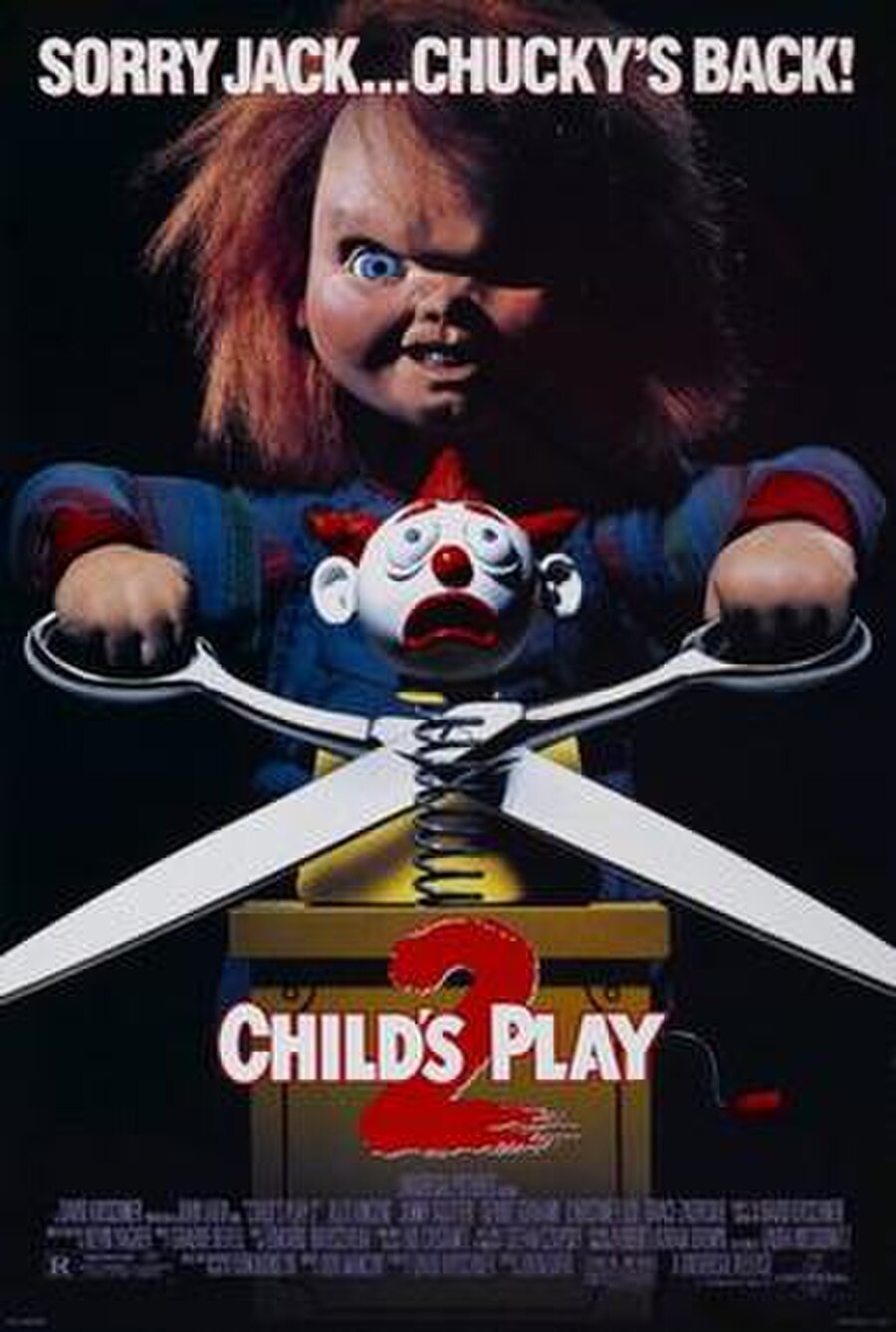 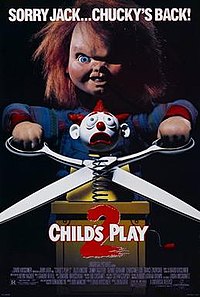 Child's Play 2 is a 1990 American slasher film and the direct sequel to Child's Play, written by Don Mancini and directed by John Lafia, one of the co-writers of the first film. It is the second installment in the Child's Play franchise and set two years after the first film; the plot follows Charles Lee Ray (better known as Chucky) continuing his pursuit for Andy Barclay, who was placed in foster care, and transferring his soul into him after being resurrected. Alex Vincent and Brad Dourif reprised their roles while Christine Elise, Jenny Agutter, Gerrit Graham and Grace Zabriskie joined the cast.

Two years after the first film, the Play Pals Corporation, which produces the Good Guy dolls, recovers from the negative publicity and reassembles Chucky to reassure its stockholders that there was nothing actually wrong with the doll. During the process, a power surge electrocutes one of the assembly line workers. Mr. Sullivan, the executive of the company, orders his assistant Mattson to cover up the accident and dispose of Chucky, unaware that he has been revived.