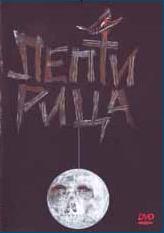 Leptirica (, translation "The She-Butterfly") is a 1973 Yugoslav Made-for-TV horror film based on the story After Ninety Years (1880) written by Serbian writer Milovan Glišić. It was directed by the Serbian director Đorđe Kadijević. Leptirica was the first Serbian horror movie and is considered one of the top Serbian and former Yugoslav horror films. The movie was filmed in the village of Zelinje, near the river Drina, close to the city of Zvornik.

An old miller hears strange sounds coming from the woods. While he sleeps, a millstone suddenly stops working and a strange human-like creature with black hands and long teeth and nails bites his neck.