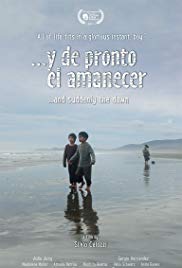 And Suddenly the Dawn is a 2017 Chilean drama film directed by Silvio Caiozzi. It was selected as the Chilean entry for the Best Foreign Language Film at the 91st Academy Awards, but it was not nominated. It won Grand Prix des Amériques, the main prize at the Montreal World Film Festival in 2017.