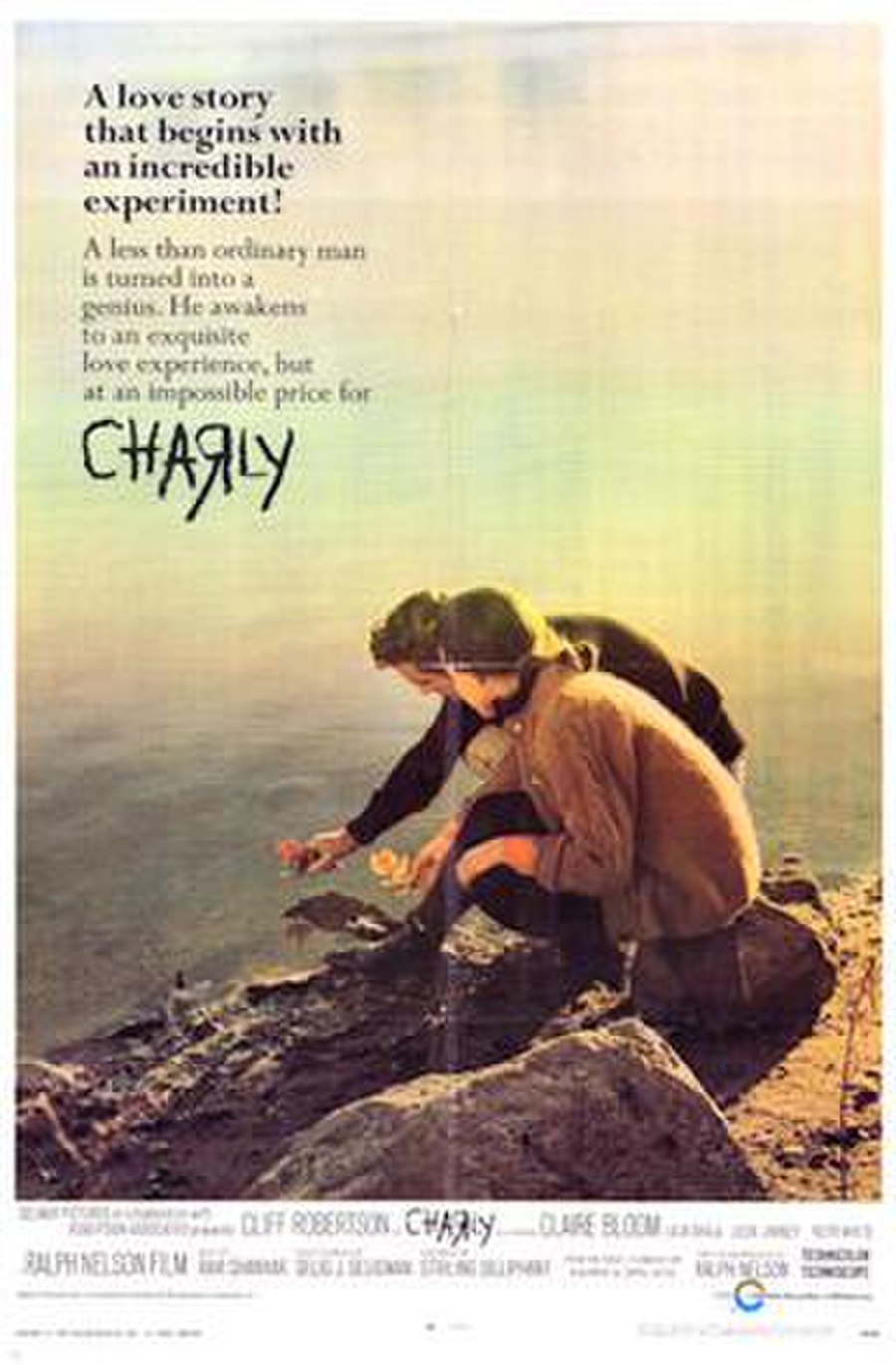 Charly (marketed and stylized as CHAЯLY) is a 1968 American drama film, directed and produced by Ralph Nelson, and written by Stirling Silliphant. It was based on Flowers for Algernon, a science fiction short story (1958) and subsequent novel (1966) by Daniel Keyes.

Charly Gordon (Cliff Robertson) is a mentally handicapped man with a strong desire to make himself smarter. For the past two years, he has attended night school in Boston, learning to read and write from Alice Kinnian (Claire Bloom). However, his spelling and penmanship remain poor, and he is unable to spell his own name. He works as a janitor in a bakery, where his co-workers frequently amuse themselves at his expense, and enjoys playing with children at a playground when not at work.