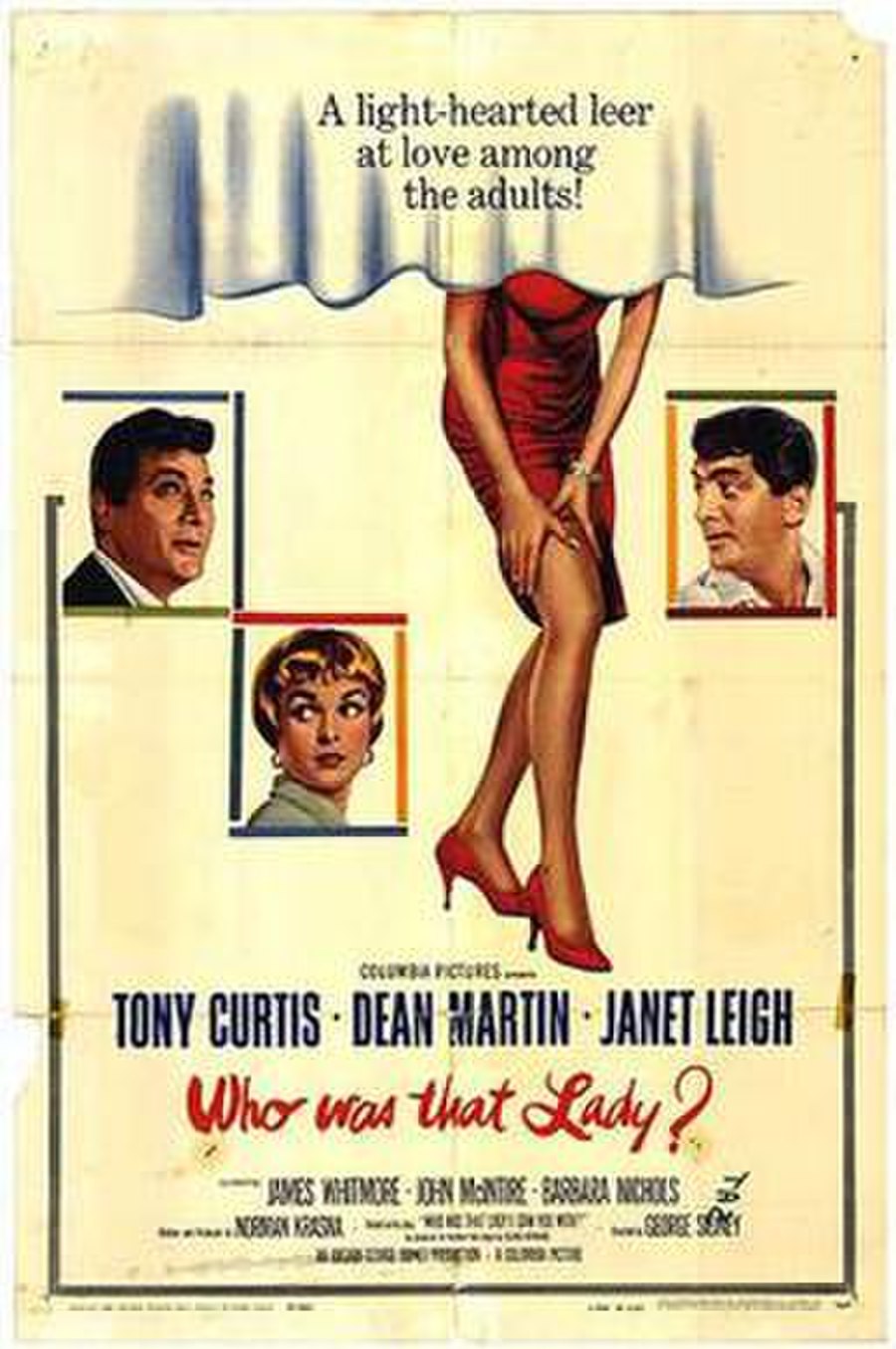 Who Was That Lady? is a 1960 comedy film directed by George Sidney and starring Tony Curtis, Dean Martin, and Janet Leigh.

Ann Wilson (Janet Leigh) catches her strait-laced husband, Columbia University Assistant Professor of Chemistry David Wilson (Tony Curtis), kissing another woman. From David's perspective, he was the one being kissed innocently, the woman in question being a grateful transfer student. However, Ann wants a divorce. On the advice of David's friend, TV writer Michael Haney (Dean Martin), David tries to convince Ann that he is really an FBI agent, the kiss all in the name of national security.