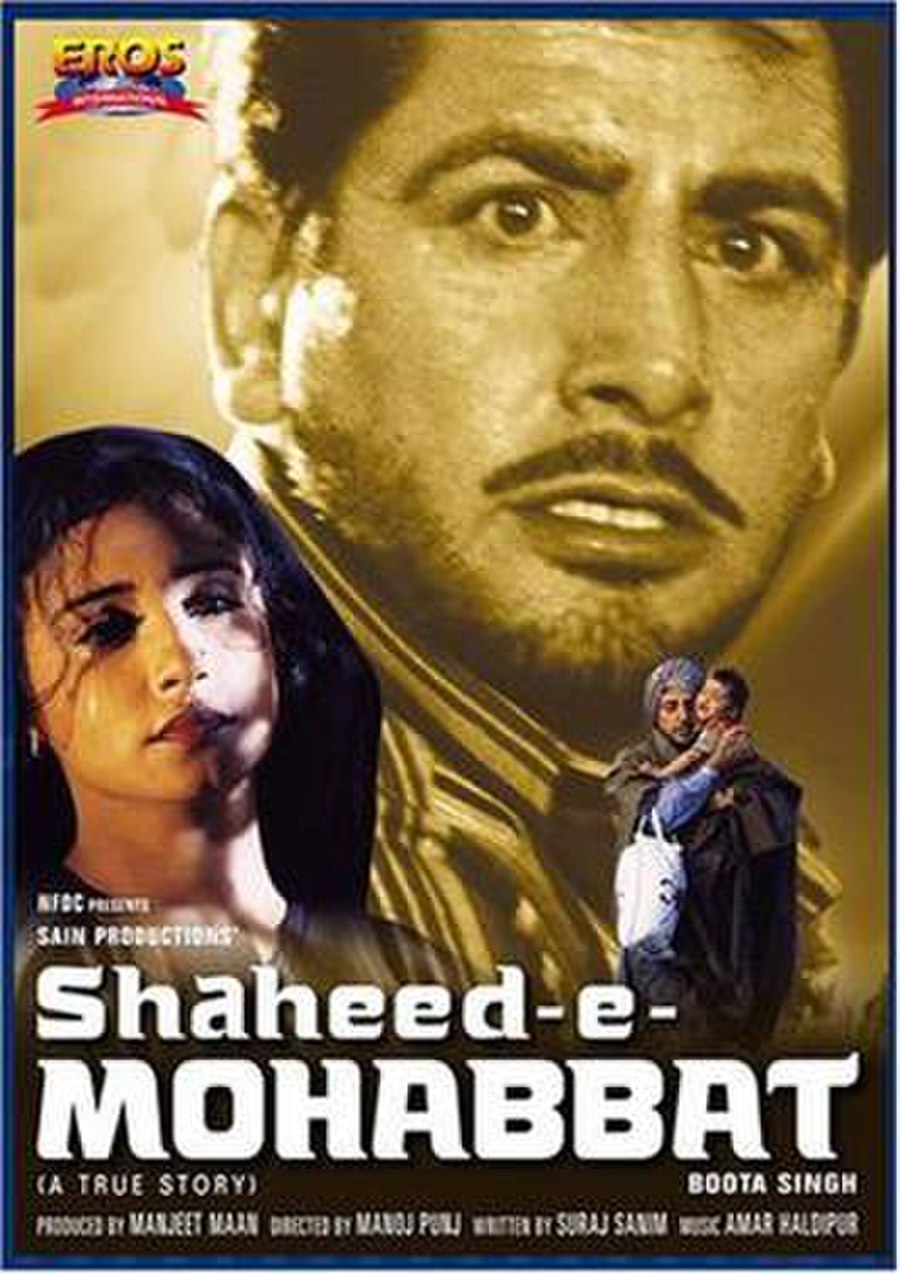 Shaheed-e-Mohabbat Boota Singh is a 1999 Indian Punjabi-language feature film based on the real-life love story of Boota Singh and Zainab, starring Gurdas Maan and Divya Dutta in the lead roles. The film is directed by Manoj Punj and produced by Manjeet Maan. Arun Bakshi, Gurkirtan and Chetana Das played supporting roles. The film won the National Film Award for Best Feature Film in Punjabi at the 46th National Film Awards.

The film stars Gurdas Maan and Divya Dutta in the lead roles. The film is set in the Punjab region around the time its of partition in 1947.