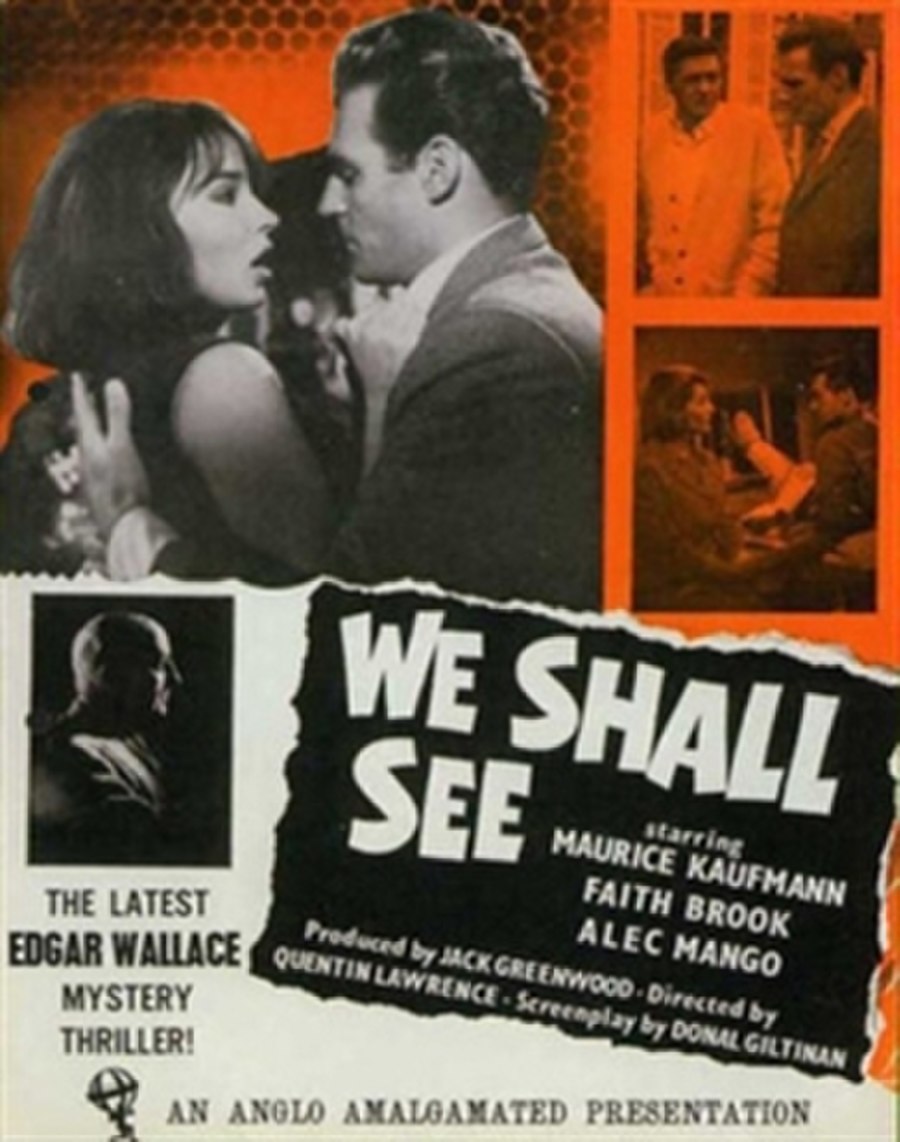 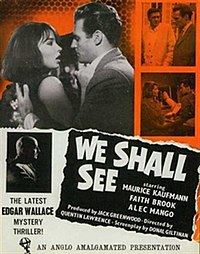 We Shall See is a 1964 British drama film directed by Quentin Lawrence and starring Maurice Kaufmann, Faith Brook and Alec Mango. It was adapted from a 1926 novel We Shall See! by Edgar Wallace, and was made at Merton Park Studios as part of the long-running series of Edgar Wallace Mysteries.

Alva (Faith Brook), the mentally unbalanced wife of airline pilot Evan Collins (Maurice Kaufmann), wants her husband to leave his job. However, she is tragically killed when someone throws a hive of bees into her bedroom. Police deduce that whoever was responsible knew that Alva was allergic to the insects, and suspicion immediately falls on her husband.